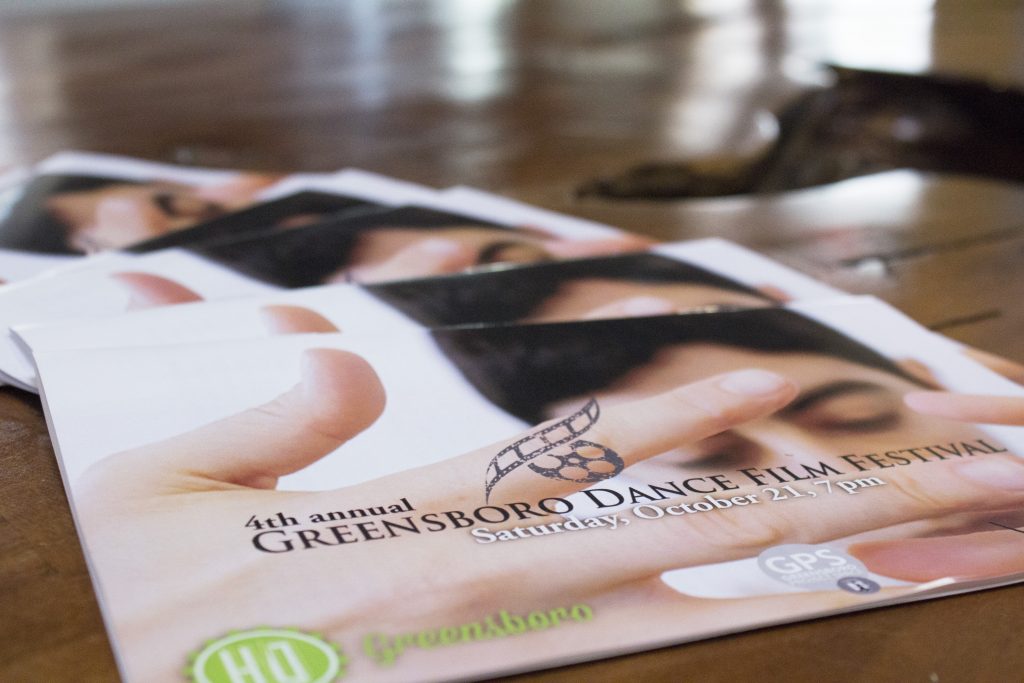 Greensboro Dance Film Festival celebrated its fourth year of community service and collaboration with screenings in three locations in downtown Greensboro on October 21st. Associate Professor of Dance Robin Gee curated the festival, the first of its kind to reside in Greensboro, highlighting a robust slate of films that continued its commitment to diverse offerings and excellence in world cinema. Each of the three locations featured a program designed for and unique to the space in which it was held. The event also hosted an opening reception at HQ Greensboro, boasting sponsorship from 10 local business who volunteered products and services that supported it’s opening night events, including live dance and music performances. Attendance for this year’s festival was at its highest ever, with some spaces at capacity for screenings.

GDFF had collaborated with the NC Dance Project and Morehead Expressive Arts Academy to produce the Dancing Our Stories Project. In this endeavor, participants articulated their own identities through dance and media, increasing their awareness of diversity among their community through the interactions with their peers.  This project served 5th grade students at Morehead and screened on Friday December 15th at GPS,  funded in part by the Mary Duke Biddle Foundation and the College of Visual and Performing Art’s Community Arts Collaborative Fund.

GDFF is working on lots of exciting new ventures, expanding its programming into year-round activities that include film making workshops, lectures at universities and dance schools and an arts in residence laboratory ​​​​slated for summer Summer 2018. They Sat So We Could See: A Multidisciplinary Arts Initiative is a two-week summer arts intensive hosted by UNCG School of Dance, Greensboro Dance Film Festival and its community partners. The intensive, designed as an experimental and exploratory arm of the annual submission based film festival would invite artists in the fields of dance, film making, sound design and visual arts to come to Greensboro to collaborate and create.

Visit the Greensboro Dance Film Festival’s website for more information about these projects and to stay tuned for more exciting news!