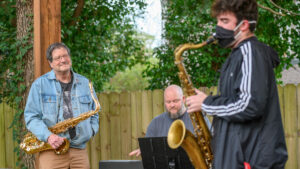 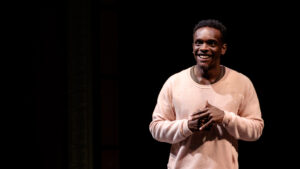 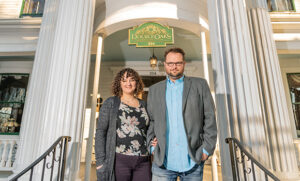 Long before “nimble,” “flexible,” and “pivot” became the buzzwords of the pandemic, one segment of the workforce already had those things down pat. The career path of an artist is full of twists and turns. Just ask School of Music alumnus James Keith:

“There are lots of ways to make the arts a big part of your life. You can make a life in music that can be extremely satisfying. You just need to realize it might not be exactly what you thought it would be when you were seventeen.”

Keith and his wife, Amanda, came to UNC Greensboro for master’s degrees—his in Music, hers in English. She now holds a prime editing position at Wake Forest Press. He earned an MM in Vocal Performance and went on to get his DMA in Choral Conducting. How then did they wind up owning and operating the Double Oaks Bed & Breakfast in the historic Westerwood neighborhood just across Friendly Avenue from campus?  END_OF_DOCUMENT_TOKEN_TO_BE_REPLACED 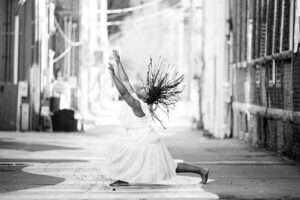 For Alexandra Joye Warren, starting her own dance company was not so much an act of entrepreneurship as it was a calling. It just took her some time to listen to it.

Warren was in her senior year, completing a BA degree in Drama with a concentration in Dance/Pre-Medicine from Spelman College, when she first heard that calling. She had begun looking for medical schools and planned to pursue a career in dance science, physical therapy, or even orthopaedic surgery when she realized that wasn’t the path for her:

“It dawned on me — I was not pursuing dance because I was a little bit afraid. Dance is such an uncertain field. But I realized that as much I was interested in science and medicine, that interest was rooted in the desire to be secure. Security is not a bad thing, but it’s not enough. At the end of the day, I’m an artist no matter how risky that can be. So I shifted my search for med schools to MFA programs.”  END_OF_DOCUMENT_TOKEN_TO_BE_REPLACED 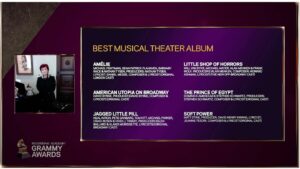 UNCG Alumni Featured on Podcast About their Grammy Nominations