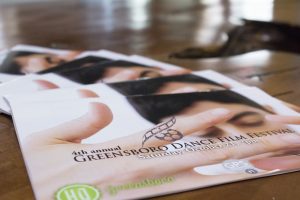 Greensboro Dance Film Festival celebrated its fourth year of community service and collaboration with screenings in three locations in downtown Greensboro on October 21st. Associate Professor of Dance Robin Gee curated the festival, the first of its kind to reside in Greensboro, highlighting a robust slate of films that continued its commitment to diverse offerings and excellence in […]