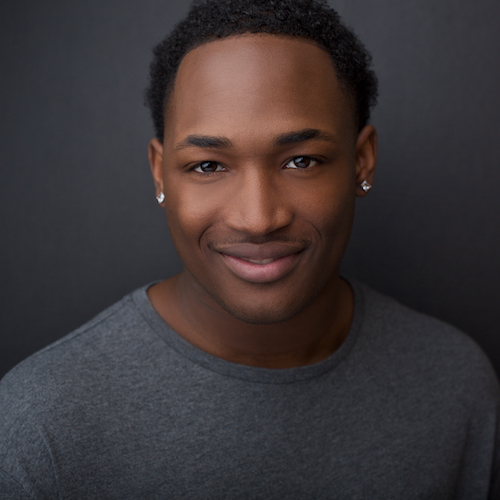 Stage and screen: Tevondre Kemari Bryant has dipped his toes into both at UNC Greensboro and they have been a winning combination for him.

The BFA in Drama: Musical Theatre major from New Bern, North Carolina started doing theatre when he was in middle school, and it was then that he set his sights on a life in the arts:

“I’ve been acting since I was twelve years old and decided not long after that that I wanted to pursue a career in the theatre. I have been pretty dead set on theatre and the arts as a career choice for a very long time and don’t regret it at all!”

He heard about UNC Greensboro from friends and decided to put it on the list when he began visiting colleges. He says he loved the arts community in Greensboro and what the School of Theatre had to offer:

“I’ve been able to explore my craft in a comfortable environment surrounded by artists who constantly challenge and inspire me. That is everything I wanted out of a college experience. There have been many ups and downs, but I believe I am leaving UNC Greensboro a better artist.”

Bryant has done a number of roles in School of Theatre productions. He also started a film company, Adynaton Productions, with some fellow students and alumni. He gained even more experience in film as the pandemic forced many productions online. Now, he says, it is time for the next step:

“My plan after graduation is to move into a larger market where I can pursue both acting as well as the passion that I have for filmmaking. My time here has prepared me for that, especially my work with my professor and mentor Erin Farrell Speer. She joined UNC Greensboro my first semester in the BFA program, and I’ve worked with her very closely during my time here. She is one of the most intelligent professors and directors I’ve ever had the pleasure of working with, and she is always there for her students.”

Bryant feels fortunate to have had a mentor, professors, and fellow students who have supported him through his college years and advises future Spartans to find those people in their own lives:

“Look to the left and the right of yourself and take in the people who surround you, because they will be the ones who support and uplift you throughout your time here.”