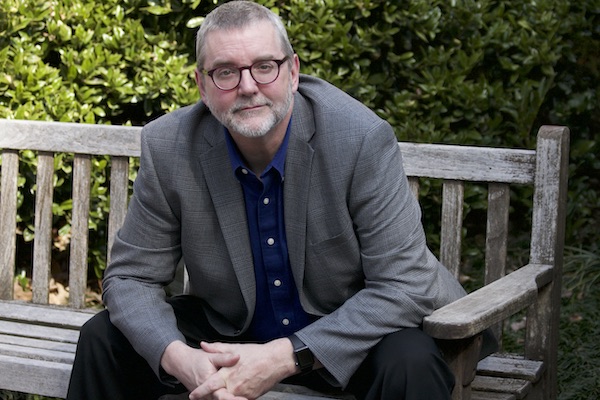 The School of Music is deeply saddened to announce the sudden and unexpected passing of Dr. Dennis W. AsKew, professor of tuba, euphonium, and music education and Director of the School of Music.

At the time of his passing, Dr. AsKew was a member of the National Association of Schools of Music (NASM) Commission on Accreditation. A former member of the Brass Staff for Spirit of Atlanta Drum and Bugle Corps, he also served as Consultant to the Board of Directors for Carolina Gold Drum & Bugle Corps. Dr. AsKew received degrees from the University of Michigan, Penn State University and the University of Georgia. Dr. Askew attended the Eastman School of Music’s Leadership Institute in 2017 and received the Huron Leadership Certificate from the American Council on Education in 2016. He served as President for the International Tuba Euphonium Association, Assistant Dean for the School of Music (1998-2000), and was host of the 2002 International Tuba/Euphonium Conference. In 2003, he was elected an Associate Regent for Pi Kappa Lambda, the music honor society. Dr. AsKew was active as a performer, having given solo performances throughout North America, Europe, and Australia, as well as numerous concerts throughout the United States and China as a member of the Market Street and Palladium Brass Quintets.

Our thoughts are with Dennis’s wife, his son, his daughters, and his mother; and all of his friends and colleagues, especially those in the School of Music and the College of Visual and Performing Arts. We are grateful that he chose to share his considerable light with us at UNCG for so many years. Dennis poured his heart and soul into being a true Spartan.

We will share further details about memorial services and opportunities to share memories of him as they become available.