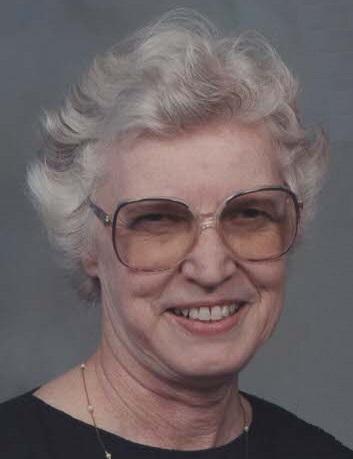 “We were told we were important. We were told everyone had a responsibility to build a better world by creating healthy homes and better communities. We were encouraged to find our dreams and pursue them. And always we were taught to practice the Golden Rule—‘do unto others as you would have them do unto you.’”

Laura Greene Knapp shares those words from her mother, Frances “Fran” Cornwell Greene, who graduated from UNC Greensboro in 1949 with a degree in music education.

To honor her mother and a life spent bringing music to others, Knapp (’86 BS and ’88 MA Economics) has established the Frances Cornwell Greene Scholarship Endowment in Music Education with a gift of $100,000.

Frances “Fran” Cornwell Greene grew up on a cotton farm in Cleveland County, North Carolina. When she came to UNCG in the 1940s, it was known as Woman’s College. The Chancellor was Dr. Walter Jackson, and the Dean of Women was Harriett Elliott. These are building names now, but they were real people who presided over a weekly chapel program that Fran Greene attended.

Knapp says according to her mother, “Seats were assigned, and attendance was checked. Many fussed and many slept, but the weekly chapel service was the soul of the college. Fran lived her life according to these values.”

After graduation, Greene began her career as a public school music teacher. After a few years, Fran moved on to church music. She was a minister of music for more than 30 years in Elkin, North Carolina. She first served at First Baptist Church and then at Elkin Presbyterian Church. In 1960, she founded the Elkin Community Chorus, an ecumenical choir that performed an annual Christmas concert for the community. Fran directed the chorus for more than 40 years. Upon retiring in 1993, Fran volunteered at the Hugh Chatham Nursing Facility, where she organized a weekly music program for the residents. After the death of her husband in 2013, Fran resided at the Brookdale Memory Care Facility in Chapel Hill; she frequently played the piano and led fellow residents in singing hymns:

“Fran had a gift for making everyone in her life feel special, and she will long be remembered by family and friends as a woman of deep faith who treated everyone with kindness and grace,” recalls Knapp.

The Frances Cornwell Greene Scholarship Endowment will provide financial aid to Music Education majors, preferably students in their senior year to reduce dependence on loans and outside employment as they meet student teaching requirements.

Gifts may be made by contacting Director of Development David Huskins at 336-256-0166 or drhuskin@uncg.edu.