Concertino for Oboe and Winds

Of Our New Day Begun 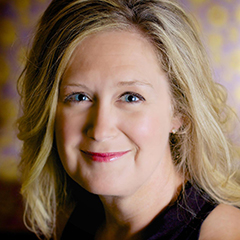 Andrea E. Brown was appointed the Associate Director of Bands at the University of Maryland in 2018. In this position she conducts the University of Maryland Wind Ensemble and serves as the Director of Athletic Bands in which she leads the “Mighty Sound of Maryland” and all aspects of the athletic band program. Brown is formerly a member of the conducting faculty at the University of Michigan where she served as the assistant director of bands. In this position, she was the conductor of the Campus Bands and director of the Campus Band Chamber Ensembles, associate director of the Michigan Marching and Athletic Bands, director of the Men’s Basketball Band, guest conductor with the Symphony Band and Concert Band, taught conducting, and was a faculty sponsor of a College of Engineering Multidisciplinary Design Project team researching conducting pedagogy technology. Previously Brown was the director of orchestra and assistant director of bands at the Georgia Institute of Technology in Atlanta where she also led research in conducting pedagogy technology and was a member of the Oxford Program faculty. She is a frequent guest conductor, clinician, and adjudicator in the US, Europe, and Asia.  Brown completed a DMA in instrumental conducting at UNC Greensboro where she was a student of John Locke and Kevin Geraldi. While at UNCG, she was named Outstanding Teaching Assistant and was both guest conductor and principal horn on UNCG Wind Ensemble’s fireworks! and finish line! CDs released on the Equilibrium label. Brown has also had several rehearsal guides published in the popular GIA Publications series, “Teaching Music Through Performance in Band” and has presented at the Midwest Clinic in Chicago, Music For All Summer Symposium, the Yamaha Bläserklasse in Schlitz, Germany, the International Computer Music Conference in Ljubljana, Slovenia, the College Music Society International Conference in Sydney, Australia, and multiple times at the College Band Directors National Association National Conference. A proponent of inclusion and equity issues in the music profession, Brown is a frequent guest speaker on these topics. She currently serves on the CBDNA Gender and Ethnic Minority Committee, and as a member of the recently formed Drum Corps International Women’s In Step Committee. Brown is also the founder of “Women Rising to the Podium” – an online group of 2300 members supporting and celebrating women band directors. She also serves the chair of the Sigma Alpha Iota Women’s Music Fraternity Graduate Conducting Grant. Originally from Milan, Tennessee, she is a graduate of Austin Peay State University where she was named “Outstanding Student in Music.” Brown earned a master of music degree in horn performance and a master of music education degree with a cognate in instrumental conducting from the University of North Carolina at Greensboro. Prior to her position at Georgia Tech, Brown was the assistant director of bands at Austin Peay State University and taught public school in Milwaukee, Wisconsin, and Dallas, Texas. She is a member of Phi Kappa Phi, Pi Kappa Lambda, and CBDNA. She was awarded the Rose of Honor as a member of Sigma Alpha Iota and is an honorary member of Kappa Kappa Psi and Tau Beta Sigma.