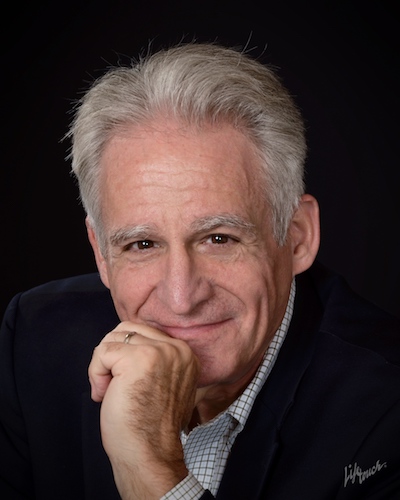 Craig Sheppard is Professor of Piano and Head of Keyboard at the School of Music of the University of Washington in Seattle. He is also Professor of the Advanced Innovation Center at the China Conservatory in Beijing, and his former students hold positions in conservatories and universities throughout the world. A veteran of fifty years on the international stage, in the past few seasons he has performed Shostakovich’s 24 Preludes and Fugues and Bach’s The Art of Fugue in venues throughout the United States, as well as London, Manchester (UK), Jerusalem, Shanghai and Beijing’s Forbidden City Concert Hall, in addition to giving masterclasses in all of the above. As recording artist, his LPs and CDs have appeared on the Sony, Chandos, Philips, EMI and AT-Berlin labels. He has published 26 CDs with Romeo Records (NY) since 2005, including the complete Beethoven sonatas (Beethoven: A Journey), the Six Bach Partitas, the Inventions and Sinfornias, both books of The Well Tempered Clavier, the last three Schubert sonatas, Liszt’s Années de Pèlerinage I and II, Debussy’s 24 Preludes and 12 Etudes (including both books of Images and Estampes), the 24 Preludes and Fugues of Shostakovich, Late Piano Works, Opus 116-19,  of Johannes Brahms, and Bach’s Die Kunst der Fuge (The Art of Fugue). Within the past two decades, he has traveled many times to the Far East for performances and masterclasses, including Japan, Korea, China, Hong Kong, and Singapore. He has performed at the Nehru Memorial Library in New Delhi, held a residency at the Melba Conservatory in Melbourne, Australia, and performed three times in New Zealand, including the first ever public performances of both books of Bach’s Well Tempered Clavier.

Born in Philadelphia in November, 1947, Craig Sheppard graduated both the Curtis Institute and the Juilliard School, studying with Eleanor Sokoloff and Sasha Gorodnitzki respectively. He also worked with Rudolf Serkin and Pablo Casals at the Marlboro Festival, and later with Ilona Kabos, Peter Feuchtwanger and Sir Clifford Curzon in London. During the years immediately following his schooling, in addition to a successful début at New York’s Metropolitan Museum of Art, he won top prizes in the Busoni, Ciani, and Rubinstein competitions. However, it was his Silver Medal at the Leeds International Piano Competition in 1972 that brought him to international attention. Moving to London in 1973 and living there for the next twenty years, Sheppard taught at Lancaster University, the Yehudi Menuhin School, and the Guildhall School of Music and Drama. He also performed on multiple occasions with all the British orchestras and many on the European continent, under such conductors as Sir George Solti, Erich Leinsdorf, Kurt Sanderling, James Levine, Michael Tilson Thomas, Aaron Copland, Lord Yehudi Menuhin, Sir Andrew Davis, Sir John Pritchard, Esa Pekka Salonen, David Zinman, and Leonard Slatkin. In the United States, he has performed with the orchestras of Philadelphia, Boston, Chicago, Atlanta, Dallas, San Francisco, Rochester and Seattle, among others.

Sheppard is invited frequently to serve on the juries of distinguished international competitions, including last November’s James Mottram Competition at the Royal Northern College in Manchester UK, and the Arthur Rubinstein International Competition this coming May in Tel Aviv. With colleague Dr. Robin McCabe, Sheppard is Co-Founder and Artistic Director of the Seattle Piano Institute, a boot camp for aspiring young pianists, held every July at the University of Washington.

Further information can be found on his website, www.craigsheppard.net.