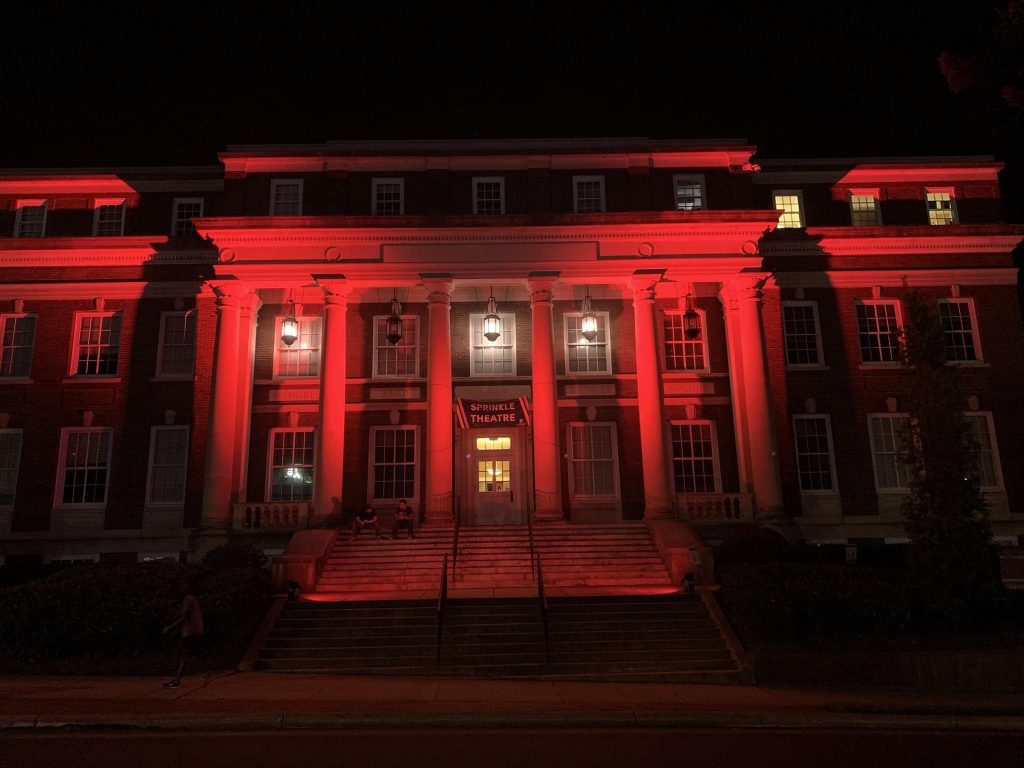 The College of Visual and Performing Arts last night joined more than 1,500 organizations across the country in lighting theatres and other event venues in red to raise awareness for the arts and entertainment industry which has been devastated by COVID-19.

The event was called “Red Alert” and was organized by the advocacy group “We Make Events” which cited the following statistics:

Live events employ over 12 million people.
Live events contribute over $1 trillion annually to the US economy.
95% of live events have been cancelled due to COVID-19.
96% of companies have cut staff and/or wages.
77% of people in the live events industry have lost 100% of their income

On the UNC Greensboro campus, UNCG Auditorium, Taylor Theatre, and the Brown Building which houses The Pam and David Sprinkle Theatre, were glowing red until about midnight. Other buildings that were part of the public awareness campaign are Madison Square Garden in New York, National Cathedral in Washington, DC, the Grand Ol’ Opry in Nashville, the Rock and Roll Hall of Fame in Cleveland, and Capital Records in Los Angeles.

Organizers say their goal is to urge Congress to vote for the Restart Act and to push for an extension and expansion of Pandemic Unemployment Assistance. Read more about how to be a part of this arts advocacy here.