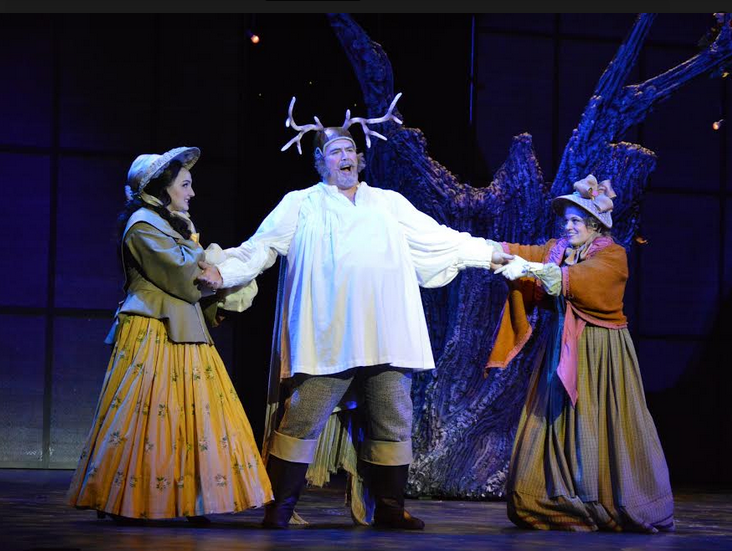 The American Prize in Opera Performance has announced that UNCG Opera Director David Holley is the second place winner of the Charles Neilson Reilly Prize for stage direction, and that Peter Perret has received second place in the Opera Conducting Award, both for the School of Music’s 2019 production of Falstaff.

That production included 10 principals, a chorus of 30, and the University Symphony Orchestra. Metropolitan Opera baritone Richard Zeller was in the title role. Costumes were designed by Deborah Bell and created with the help of costume design students. The set was designed by Randy McMullen with design and production students, and Chip Haas served as technical director.

In addition to the awards for Holley and Perrett, the production itself earned second place overall in the University Opera category, which was announced in July.

UNCG Opera Theatre has garnered numerous awards in past competitions. Seven productions have won First Place in the National Opera Association Opera Production Competition, including Susannah, Little Women, Orpheus in the Underworld, The Consul, Dialogues of the Carmelites, Amahl and the Night Visitors, and Don Giovanni, and five production have placed Second: Galileo Galilei, L’Enfant et les sortilèges, La vida breve, and Albert Herring and Gianni Schicchi. The Magic Flute and Amahl and the Night Visitors have received Third Place.