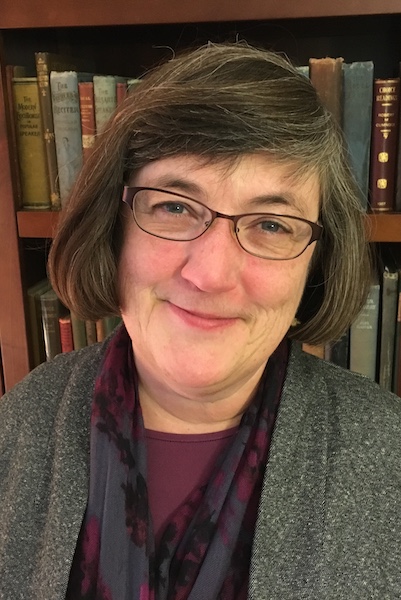 Distinguished Alumnus Marian Wilson Kimber (BA ’83) was recently awarded the Sight and Sound Subvention from the Society for American Music for her work “In a Woman’s Voice: Musical Readings by American Women Composers.”

This project will be a video recording of musical readings for spoken word and piano by women composers, performed by Marian Wilson Kimber, reciter, and Natalie Landowski, piano. It is based on the work in Wilson Kimber’s book, The Elocutionists: Women, Music, and the Spoken Word (University of Illinois Press, 2017). The influx of female performers into elocution during the Progressive era resulted in women’s dominance of spoken-word compositions, which were frequently performed for audiences in women’s clubs from the 1890s to the 1940s. The texts treat stereotypically feminine topics—fashion, courtship, or domestic life—often in satirical tones, supported by musical commentary in the piano. Composers such as Phyllis Fergus and Frieda Peycke created works that specifically appealed to women while subtly resisting existing gender norms. Wilson Kimber and Landowski have been performing these works for several years to warm response in academic settings and for the music’s original audience, women’s groups; this recording will help further the rediscovery of this practice.

Marian Wilson Kimber is Professor of Musicology at the University of Iowa. She has published numerous articles about women in music, Felix Mendelssohn and Fanny Mendelssohn Hensel, and recitation in concert life. Her book, The Elocutionists: Women, Music, and the Spoken Word (University of Illinois Press, 2017) won SAM’s H. Earle Johnson Subvention, as well as a subvention from the American Musicological Society. With pianist Natalie Landowski, Wilson Kimber is a founding member of the duo, Red Vespa, which is reviving the performance of comic spoken word pieces by women composers. Red Vespa has delighted audiences in Kansas City, Chicago, Boston, and Washington, DC, and has appeared at Ohio State University as the William A. Hammond Lecture in the American Tradition.