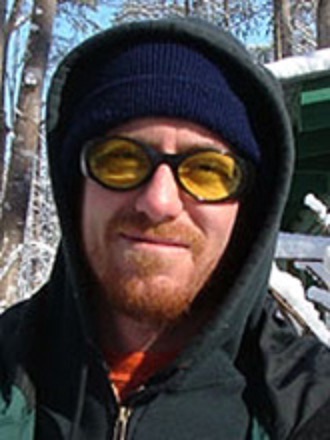 I am very sad to share that Jon Smith, longtime director of UNCG’s Sculpture Foundry, died this past weekend.

Jon taught a variety of sculpture courses at UNCG and oversaw all aspects of the Foundry operations. Jon’s ties to UNCG ran deep; he was a double UNCG alumnus, earning a BFA in Art in 1995 and an MFA in Studio Art in 2004. After that, he became the Foundry director, guiding undergraduate and graduate students in welding steel, pouring molten bronze and aluminum, and building sculptures by hand. Jon also played a role in the new Foundry’s design during the construction of the Gatewood Studio Arts Building.

Many Spartans developed their artistic skills and their confidence as they worked in the Foundry with Jon’s guidance, care, and passion for teaching. He believed in the transformational power of doing art work.

“Some students come into the class afraid of fire or sparks, but some of those are the ones who get really into it,” Jon said in a 2018 UNCG Magazine feature. “They make something out of metal that’s solid and strong, and they never thought they could do something like that.”

Jon is remembered by colleagues as a talented artist, a reliable presence in the Foundry, a caring friend, and as someone who could repair almost anything.

Our thoughts are with Jon’s family, friends, former students, and colleagues, especially those in the College of Visual and Performing Arts, particularly, the School of Art, and in the large community of artists who knew Jon as a great friend.

Jon’s memorial service will be held at the Triad Funeral Home and Cremation, 2110 Veasley Street, Greensboro on Friday, May 22, at 2 pm