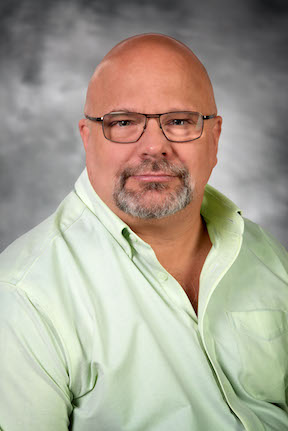 College of Visual and Performing Arts Dean bruce d. mcclung has announced the appointment of Ken White to the position of Associate Dean for Academic Affairs for the College. He has been serving as Interim Associate Dean since July 2019.

White joined the theatre faculty of UNC Greensboro in 2013, teaching courses in lighting design, stage management, 2D and 3D computer-aided drafting, as well as a graduate and an undergraduate course in portfolio design and presentation for design and technical production students. From 2015 to 2016 he served as Interim Head of the Theatre Department and then returned to the faculty.

Before coming to UNC Greensboro, White taught and designed lighting at Louisiana State University where he was a tenured professor in lighting design and stage management, as well as a regular lighting designer for departmental productions and the University’s Equity theatre company Swine Palace. In 2012, he was the Lighting Designer and Sound/Video Engineer for a worldwide premiere of Dante at the Edinburgh Fringe Festival in Edinburgh Scotland and the lighting designer for the 2012 Regional’s Competition of the movie Pitch Perfect. White also taught at East Carolina University (ECU) where he was a tenured professor and the area coordinator of both the Design and Production, and Stage Management concentrations, as well as the Production Manager and Lighting Designer for the ECU/Loessin Summer Theatre.

White is a member of United Scenic Artists Local 829, and his designs have been seen in theatres across the southeast including at The Arkansas Repertory Theatre, The Arkansas Shakespeare Theatre, Arrowrock Lyceum Theatre, Birmingham Summerfest, Cape Fear Regional Theatre, Cumberland County Playhouse, The Dogwood Dell Amphitheater, Tallahassee Little Theatre, and Triad Stage. He received the Richmond News Leader’s Phoebe Award for Best Lighting Design for a Play for his lighting design of for colored girls who have considered suicide/when the rainbow is enuf.

White holds an MFA in Design from the University of Texas at Austin.

Please join us in welcoming Ken White as Associate Dean for Academic Affairs!