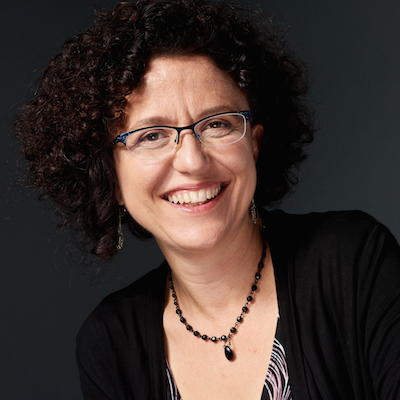 Guillén was born in Buenos Aires, Argentina, initiating her voice training at the National Conservatory of Music. She holds a Master in Vocal Performance and a Ph.D. in Historical Musicology and Music Theory from State University of New York at Buffalo.

She has been teaching as a lecturer at the College of Visual and Performing Arts of UNCG since 2007, and has previously taught at Wake Forest University (NC), Hartwick College (NY) and SUNY at Buffalo.

As a “tango” scholar, Guillén wrote two articles for the Grove Dictionary of American Music (2nd ed.), the entry on “Tango” and the biography of “Astor Piazzolla,” and is currently working on a chapter for a fore-coming book about Latin American Vocalities: Music, Affect, Peformativity based on her research project on Argentine female tango singers of the 1920s and 1930s. She regularly presents lecture-recitals on “tango” related topics in conferences, university venues as weel as festivals and other show venues.

As a performer, Guillénhas been described as a “delicate soprano” by The Washington-Post, The Classical Voice of North Carolinahas said that “(she) produces a notably Latin sound, rich and full of expression” and The Buffalo News has commented about her tango performances in the following terms: “… sung with the kind of conviction for which Guillén has become known in this material.” Equally at home as a performer of “art” music and her homeland popular “tango” song, Guillén has premiered and recorded many compositions by living composers and the “classics” of the 20th and 21st centuries as well the standards of the “tango” song around the country and international stages, among those venues: Kleinhans Buffalo Symphony Circle (NY), Fricks Museum-Summer Concert Series (PN), Chautauqua Institution (NY), Shakespeare Theater (Wash. DC), Music-at-the-ForeFront (OH), Stockhausen Music Festival (Germany), and Mallarmé Players Concert Series (Durham, NC).She is a former member of the multidisciplinary ensemble Musica Aperta from Washington DC and a founding member of the word/music experimental group Lake Affect. She has recorded a tango CD, Never Too Tango, featuring the participation of several guest artists, and has also appeared on productions of Innova Records, University of Arizona Recordings, and Kindermusik, Inc.

Guillén has received fellowships to conduct studies at the Britten-Pears Institute (England), and traveled to Germany to work closely to composer Karlheinz Stockhausen, later touring with his piece Indianerlieder around US, Canada and Argentina, and also conducting workshops on his vocal music. She has been recommended by the composer in the published Catalogue of Performers for his music (Stockhausen Foundation).

Since 2010, Guillén has been conducting the Triangle Jewish Chorale, a Durham-Chapel Hill (NC) community choir especializing in traditional and new Jewish music around the world. Inspired by the community engagement mission of the group, as music director, Guillén developed the “Down Home: The Cantata: Project, which gave voice to the Jewish immigrants and residents of North Carolina through the used of archival and new interviews webbed into a choral-orchestral-audio collage musical piece. The piece was commisioned by the Jewish Heritage Foundation of NC and the TJC to composer and UNCG professor Alejandro Rutty and premiered on April 27, 2013, at Goodson Chapel (Duke University), followed by performances at Beth Meyer Synagogue (Raleigh) and Temple Emmanuel (Greensboro).