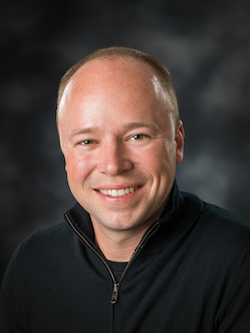 Jonathan Caldwell is director of bands and assistant professor of conducting at the University of North Carolina at Greensboro where he conducts the Wind Ensemble and Symphonic Band and teaches undergraduate and graduate conducting. Prior to his appointment at UNCG, Caldwell held positions at Virginia Tech, the University of Wisconsin–Stevens Point, and Garner Magnet High School (Garner, NC).

Ensembles under Caldwell’s guidance have performed for the College Band Directors National Association Southern Division, the National Band Association–Wisconsin Chapter, and in Carnegie Hall. His writings have been published in the Journal of Band Research and the Teaching Music Through Performance in Band series. He has given presentations for the Midwest Band and Orchestra Clinic, the College Band Directors National Association, the Internationale Gesellschaft zur Erforschung und Förderung der Blasmusik (IGEB), and music educator conferences in North Carolina and Virginia.