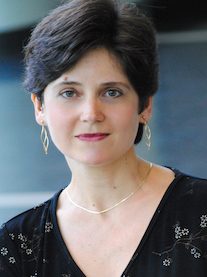 Ināra Zandmane is one of the leading collaborative pianists of North Carolina. She has performed with such artists as Dmitry Sitkovetsky, Augustin Hadelich, Ray Chen, Sergei Antonov, Yura Lee, Martin Storey, Paul Coletti, Ian Clarke, and Branford Marsalis, in addition to regularly performing with Blue Mountain Ensemble and in duos with saxophonist Susan Fancher and violinist Fabián López. In 2008, Ināra teamed up with Latvian violinist Vineta Sareika on a tour leading them to Boston, Cleveland, and Toronto, before culminating in an invitation-only performance at the Kennedy Center arranged by the Latvian Embassy in the United States. In 2012, Ināra stepped in on a short notice to perform with violinist Ray Chen at the Aspen Music Festival, followed by a recital in Lima, Peru. In 2014, she was invited to the International Saxophone Symposium and Competition in Columbus, Georgia to present a recital with Vincent David.

Ms. Zandmane is frequently invited to serve as an official accompanist at national conferences and competitions, among them the North American Saxophone Alliance conference and MTNA National competition since 2005. She is the accompanist in residence for the South Eastern Piano Festival that takes place in Columbia, SC every June. Ināra Zandmane is the staff accompanist at the University of North Carolina at Greensboro where she performs with students and faculty more than fifty different programs per year.

Ināra Zandmane’s solo recordings include the piano works by Maurice Ravel, recorded together with her husband Vincent van Gelder, and the complete piano sonatas by Alexander Scriabin. Ināra Zandmane has collaborated with leading Latvian composer Pēteris Vasks, giving Latvian premieres of his piano works The Spring Music and Landscapes of the Burnt-out Earth and recording the latter one on the Conifer Classics label. She also can be heard in various chamber music collaborations on Navona Records and Centaur Records.