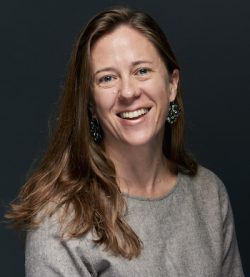 Perrill received her Ph.D. in African Art History at Indiana University, Bloomington and joined the UNCG School of Art in 2008. Her primary research areas include South African contemporary art, Southern African ceramics and Zimbabwean stone sculpture. Perrill’s doctoral research focused on the economic and aesthetic transformation of contemporary Zulu ceramics between the 1960s and the 2000s.

As a tribute to the community of artists with whom she continues to work, Perrill developed the catalog and touring exhibition Ukucwebezela: To Shine, which has been featured at the African Art Center in Durban South Africa, the Faulconer Gallery at Grinnell College, the Indiana University Art Museum, and UNCG’s Gatewood Gallery. Perrill has continued her curatorial pursuits as a consulting-curator of African Art with the North Carolina Museum of Art.

Perrill is committed to the use of focused life-histories as an ethical research model that can integrate artists’ contributions to the research process of art historical research. As Zulu ceramic artists have guided conversations with Perrill during extended interviews that began in 2004 she has responded to their concerns that economic efficacy must be balanced with artistic expression. This has, in turn, pushed Perrill to research and engage with the extended economic networks, reaching across national boundaries, that have shaped ceramic arts in South Africa.

Economic and aesthetic intersections between international ceramists, as well as the logistics of global ceramic art markets, are Perrill’s most recent research preoccupations. Her theoretical foci include, the specificity of media and materiality, as well as the various art world writings of Nicholas Bourriaud, Okwui Enwezor, and Salah Hassan, among others.