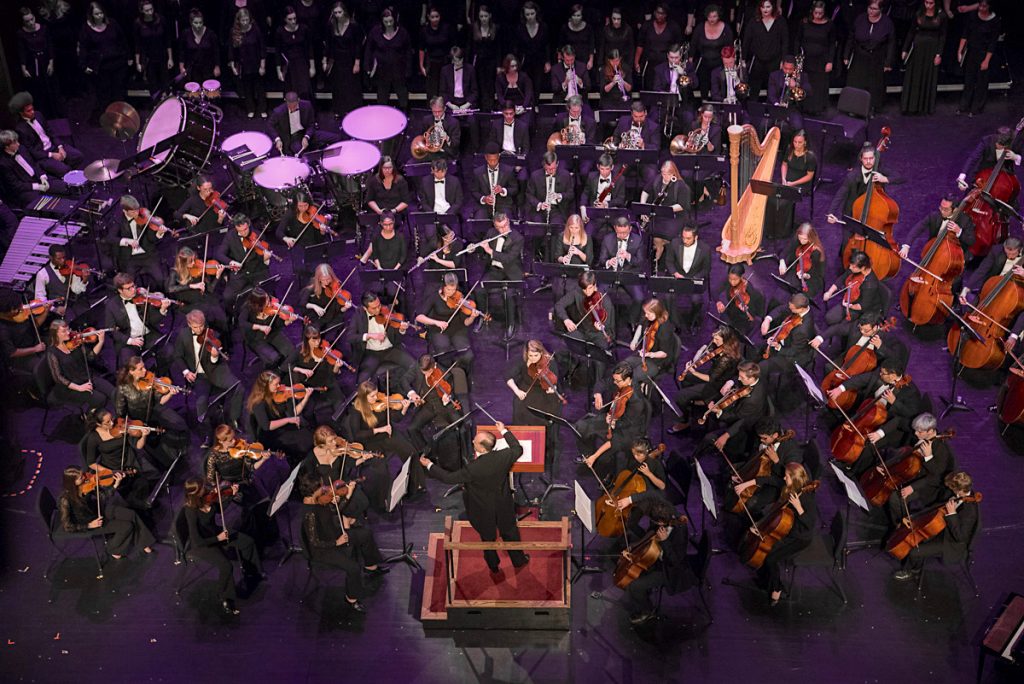 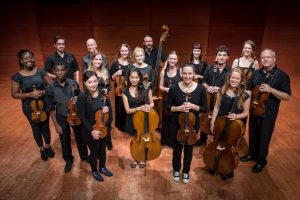 The Gate City Camerata is a unique ensemble composed of UNCG School of Music string faculty and selected string students. This chamber music experience affords students the opportunity to rehearse and perform with their faculty mentors – truly a rare learning experience. Since its inception nineteen years ago, this elite ensemble has performed throughout North Carolina and has accepted invitations to perform as featured guest ensemble at the North Carolina Music Teachers Association Convention and the North Carolina Music Educators Association Conference. 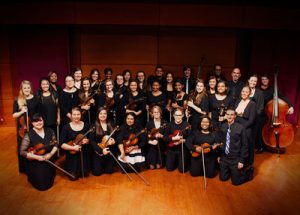 The Sinfonia is dedicated to broadening the artistic performance level of its members while presenting programs that encompass a wide range of styles, from Baroque, Classical, Romantic, and Modern eras. Faculty members are frequently featured as guest soloists, and the Sinfonia has performed several world premieres and collaborated with students from the UNCG Department of Dance on recent performances. For non-music majors, the Sinfonia provides a musical outlet while studying in another discipline. Membership is determined by audition for music majors, and additionally is open to talented university students who are preparing for life-long involvement in the arts without audition. 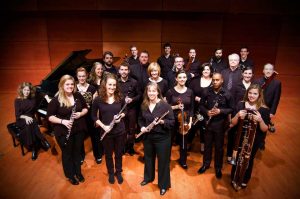 Casella Sinfonietta was created as an enhancement to the large ensemble offerings in the UNCG School of Music. Performing a range of works for 6 to 18 players, from the Renaissance period through world premieres, the ensemble functions on a professional model and performs one concert each semester. The personnel for each semester is determined by the repertoire, allowing the finest performers on wind, brass, string, percussion, and keyboard instruments the highest-level experience possible. Faculty and guest soloists and composers frequently collaborate with the ensemble.