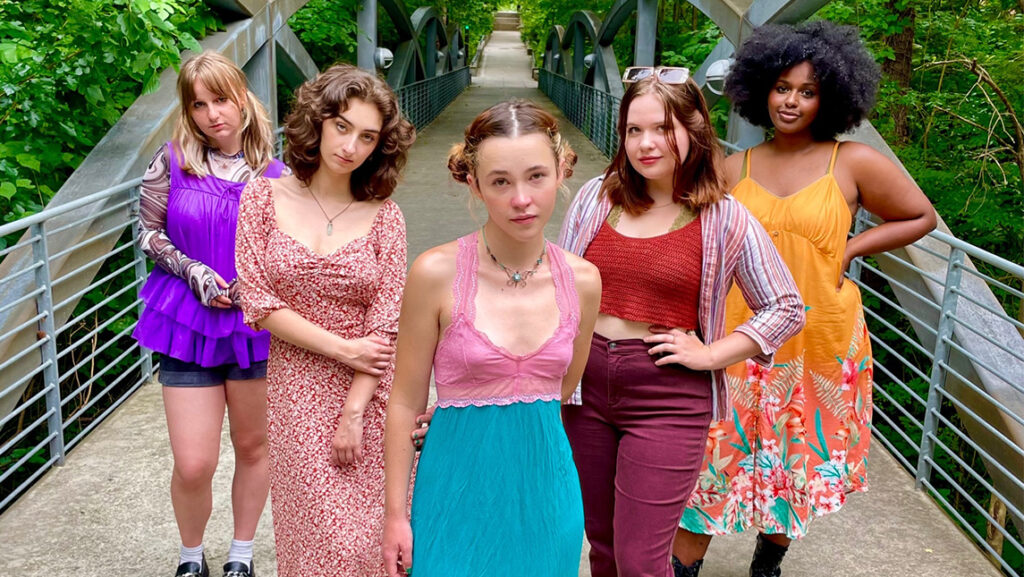 A group led by a School of Music student has won a spot to perform in the North Carolina Folk Festival this fall.

The group performs Vtipil’s original music, which Vtipil says explores the vulnerability of fully expressing oneself through intimate lyrics, and harmonically rich and rhythmically flowing textures.

“I grew up singing in choirs and accapella groups and found that I had a passion for not only singing but for songwriting, and so I began composing music on piano and guitar,” says Vtipil.

As winners of the “Not Your Average Folk” contest, Vtipil and her group will play during the festival which will be held in downtown Greensboro September 9th-11th.  The contest has run for two years so far, and both times the School of Music has been well represented.

This year, The Zinc Kings, a locally prominent folk and string band, won second place in the contest and will also play in the festival. The band includes alumni Dan Clouse, Mark Dillon, and Christen Blanton Mack. Dillon and Mack are both School of Music faculty members, and Mack directs UNCG’s Old-Time Ensemble.

“I was so excited to hear the Tango Ensemble play at the festival.  My professors encouraged me to enter this year.  I felt ready and comfortable about it – felt I had enough material prepared – so we went for it! It is such a cool opportunity to be able to play this year.”

Vtipil’s group will play on Saturday, September 10th at 6:00pm on the Old Courthouse Stage of the festival. Before that, you can get a preview when they play at Scuppornong Books on August 27th.

Learn more about the School of Music Composition Degree.