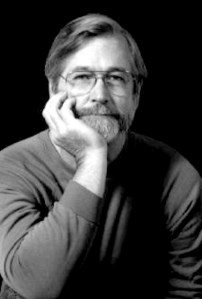 Dr. McCarty was Professor in the School of Music for 28 years from 1976 until 2004. He taught Composition, Music Theory, and Twentieth-Century Music History. He was the author of articles ranging in content from percussion and woodwind notation and advanced performance techniques in contemporary music theatre. A woodwind and percussion performer, McCarty worked extensively in the Los Angeles and San Diego areas. He was a member of the percussion section of the San Diego Symphony (1961-1971) and Timpanist of the Pacific Symphony (1969-1971). Additionally, he conducted musical theatre and church choirs. He also performed with BIOME, a mixed-media, live-electronic music ensemble that toured in the United States and Europe between 1970 and 1974.

Professionally, he was one of twelve American delegates to the 1974 International Conference on New Musical Notation (Ghent), and supervised the areas of electronics and percussion. He was an editorial consultant for Prentice-Hall, Wm. C. Brown, and Random House, and provided consultation for CBS Musical Instruments (Buchla synthesizer) and MicroTechnology (digital sound). McCarty also served as a panelist and chair for the National Endowment for the Arts.

As byproducts of his PhD research, he published one of first scholarly articles on synthesizers: [“Electronic Music Systems:  Structure, Control, Product,” Perspectives of New Music 13 (1975)], and an article outside of music: [“Entropy as Value-Theory in the Arts,” Journal of Aesthetics and Art Criticism 32 (Winter 1973)]. Of his papers read at regional and national conferences, one was an early paper on musical theatre: [“Sondheim’s Sweeney Todd:  How the Gesamptkunst Works,” College Music Society, Mid-Atlantic Chapter, Catholic University, Washington DC 1982]. He was founding editor of the American Music Resource, an on-line collection of over 700 bibliographies and lists, as well as hundreds of links, for over 70 composers and 50 topics <www.amrhome.net>. He was also the author of Pure Counterpoint (2014), a book with an anthology of music for the study of modal counterpoint.

Dr. McCarty was a three-time recipient of the North Carolina Artist Fellowship in composition (1983, 1989, 1994). He also received grants for composition and acoustical research from the North Carolina and Pennsylvania Arts Councils, the Universities of North Carolina and Pittsburgh, Meet The Composer, and the NEA.  He composed in virtually all media, in a broad range of styles, and collaborated in many productions for dance, film, radio, television, and theatre.  McCarty’s works were commissioned and performed by such diverse organizations as the American Dance Festival, Eastern Music Festival, National Orchestra of France, National Wind Ensemble Conference, Orquestra Sinfonica de Venezuela, New York Composers Forum, Tokyo Associates, Public Television, NPR, the San Diego Opera and Symphony, and the Greensboro and Winston-Salem Orchestras. He produced ten CDs of his compositions was a member of BMI.

Gifts in his honor can be made to the School of Music’s Enrichment Fund at UNC Greensboro.  Click here for secure giving link or contact Development Director David Huskins at drhuskin@uncg.edu or 336-256-0166.