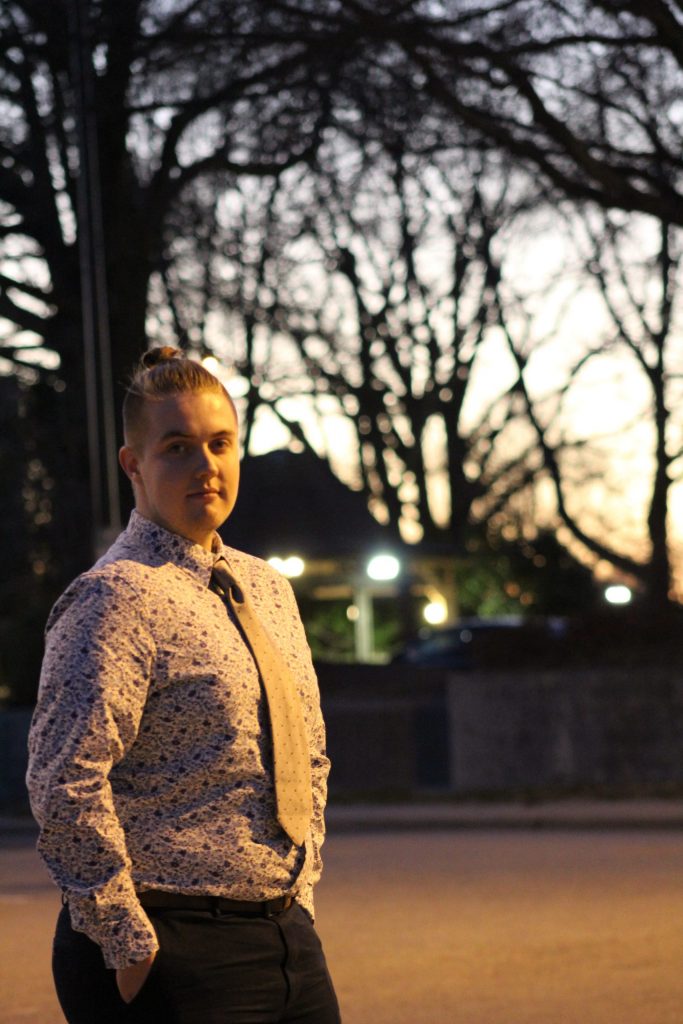 Nicholas Shoaf has always known that music would be a part of his life.  UNCG’s College of Visual and Perfoming Arts helped him discover how to combine that love of music with leadership skills to live a life in the arts. Nicholas started singing in elementary school and in church, and he just didn’t stop.  By the time he was in high school, he was heavily involved in both the choral and band programs. When he started looking for colleges, he knew he wanted to teach and lead others. At UNCG he has participated in music, opera, and theatre productions, and this month he will receive a BM in Music Education (Choral) and a BA in Arts Administration. Nicholas says he feels the two degrees will serve him well:

“I value all of my stage and performance experience gained while being a part of the CVPA. I added Arts Administration my junior year because I wanted to broaden my knowledge of the arts as a whole. I wanted to know the behind the scenes action it takes to make everything run smoothly. Plus it makes me more marketable in today’s competitive arts world.”

In addition to the hours of classwork and practicums, Nicholas found ways to bolster his administrative resume by working in the College’s front office.  He also applied for and became one of CVPA’s first Student Ambassadors, eventually becoming the group’s recruiting manager.

Like many of CVPA’s undergraduate students, Nicholas is from North Carolina. He grew up in Pilot Mountain and says UNCG was the best place for him because of the program and because it’s not far from home:

“My parents supported me by coming to every event and concert they could. I know I would not be where I am today if it was not for their love and support. My experience at UNCG has taught me valuable skills that will shape my future. My time here has taught me how to keep my doors open to all opportunities that might come my way.”

Although he’s not sure what door might open in the near future, Nicholas hopes to one day become a Director of Education for a non-profit arts organization. And after he picks up that diploma on December 13th, he will be one step closer.