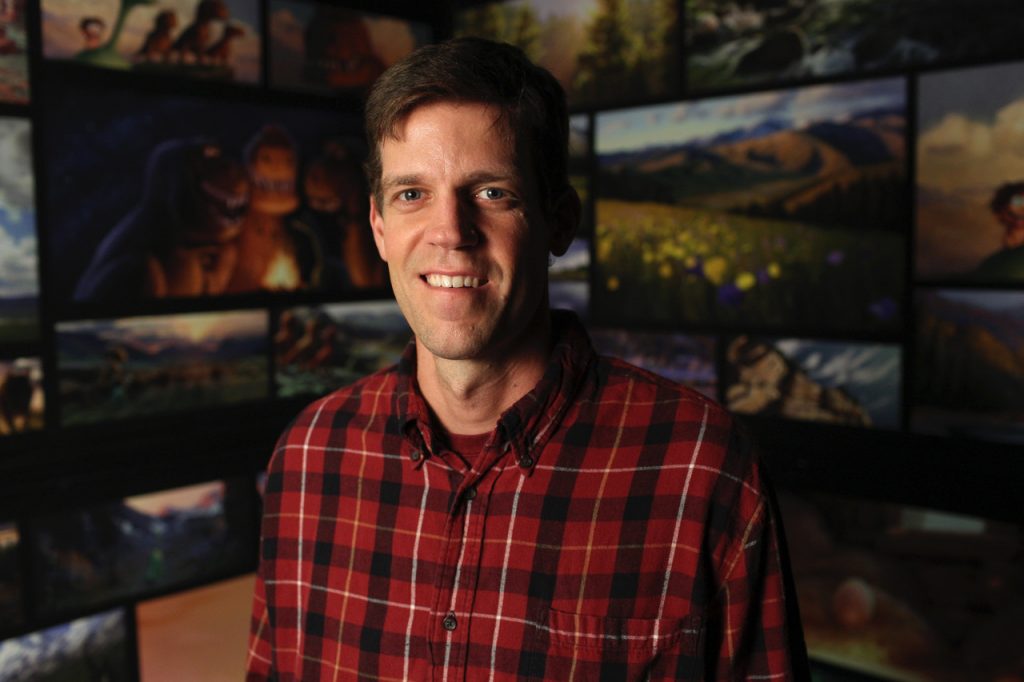 Pixar art director Matt Nolte was on the UNC Greensboro campus for a free, public talk on November 11, and as a guest artist the next day in Dr. Heather Holian’s class, The Art of Disney and Pixar (ARH 210).

During the public talk at UNCG, Nolte spoke about his creative process and how he designs meaningful, relatable characters at Pixar.  He was invited to Greensboro by Art Historian, Dr. Heather Holian:

“Not only is Matt an amazingly talented artist, but he has an incredibly thoughtful and engaging way of speaking about his own work and artistic practice, including what inspires him.”

During Nolte’s visit to the classroom, he and Dr. Holian had a conversation, during which he shared his artistic background, training, and path to Pixar, followed by a Q&A session with students.

“This was such a wonderful opportunity for our students to not only ask questions, but personally interact with a successful artist, working at the pinnacle of the animation industry”, says Holian.

“In fact, I imagine Matt’s entire visit was especially inspiring to our studio art students, many of whom are interested in animation as a career path.”

Nolte’s visit to UNCG was the eighth by a Pixar artist, brought here through Dr. Holian’s research and more than a decade-long relationship with the studio and its artists.   Dr. Holian is currently  finishing a book that investigates the collaborative process and creative role of the individual artist at the Pixar Animation Studios.  The book will be published in 2021 by Disney Editions.