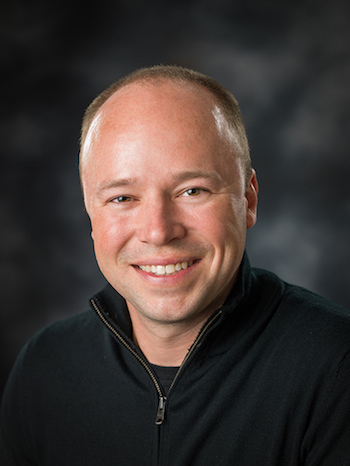 The UNCG School of Music is pleased to announce that conductor Jonathan Caldwell has been appointed to the faculty as Assistant Professor of Conducting and Assistant Director of Instrumental Ensembles, effective Fall 2019.

“Since I left North Carolina in 2009, I’ve always hoped I could come back home,” said Caldwell. “The chance to work at a school with UNCG’s reputation for musical excellence and to bring our family back to North Carolina is just about everything my wife and I could have hoped for. We’re very excited to contribute to the amazing musical community at UNCG.”

Prior to his appointment at UNCG, Caldwell was Visiting Assistant Professor of Music at Virginia Tech, interim Director of Bands at the University of Wisconsin–Stevens Point, and Director of Bands at Garner (NC) Magnet High School. Ensembles under his guidance have performed at the College Band Directors National Association Southern Division Conference, the National Band Association–Wisconsin Chapter Convention, and in Carnegie Hall. The Triangle Youth Brass Ensemble (Raleigh, NC) won the Youth Open division at the 2008 and 2009 North American Brass Band Association competitions. His writings have been published in the Journal of Band Research and the Teaching Music Through Performance in Band series.