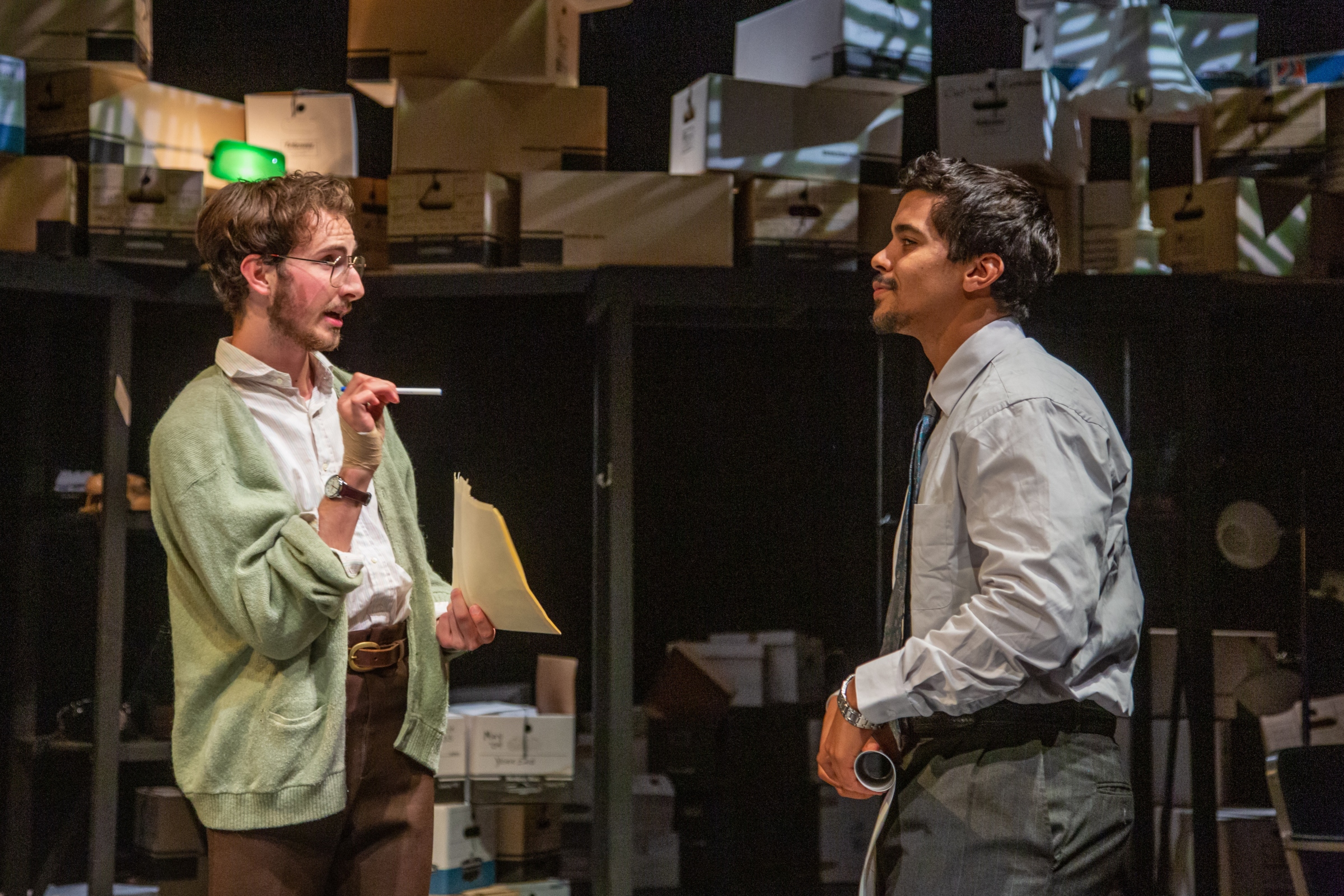 All UNCG Theatre scholarships require submission of the separate application form that will be sent over the greenroom email each year. Also, you can apply to all UNCG scholarships that apply to you through the Spartan Scholarship System.

Established by the John and Mary Burns Foundation to recognize either an undergraduate or graduate student with interest and talent in Musical Theatre.

Established in 1996 to honor Professor Emeritus Herman Middleton who was a major force in the development of UNCG Theatre from 1956 to his retirement in 1990.  Awarded annually to a junior majoring in Theatre.

“Teacher Taylor” joined the faculty in 1921-22 and his ground- breaking work led to the establishment of the Drama Department in 1954.  Awarded annually to a freshman Theatre major.

Established by the estate of Shirley P. Barr to provide scholarships for students pursuing study  in theatre arts. Awarded annually to an undergraduate majoring in theatre.

Established in 2017.  David Ostergaard is a 2002 graduate of the BFA Acting Program and founded Bright Star Touring  Theatre based in Asheville, NC. Awarded annually to a junior majoring in theatre.

Note: these scholarships are not affiliated with UNCG.

Established in 1996 to honor Kay Brown Barrett, a distinguished talent scout, agent, and great friend of the arts.  Awarded annually to an MFA in Theatre for Youth student.

Established by the John and Mary Burns Foundation to recognize either an undergraduate or graduate student with interest and talent in Musical Theatre.

Professor England taught voice and diction, oral interpretation, and was a much-respected director who was on the faculty from 1942 to 1975.  Awarded annually to an MFA in Theatre

Established in memory of Mary Sheila Nassif, a graduate of the UNCG Department of Theatre, by her mother Mrs. Millie Nassif.  Awarded annually to an MFA student for overall excellence.

Established in 2000 to honor Professor Andreas Nomikos who served the Department of Theatre from 1971 to 1986.  He was an internationally known set and costume designer who worked for the New York City Center Opera, the Athens Festival of Music and Drama, and the Royal National Theatre of Greece.  Awarded annually to an MFA in Design student.

Note: these scholarships are not affiliated with UNCG.

Endowment Fund Awards are limited specifically to either travel or professional development activity, unlike Scholarships which are allocated for a wider range of student support that does not need documentation for expenditures. Unlike Scholarships, which have a broad range of purposes and often tailored to specific student populations, Endowment Fund Awards need not be specifically applied for (i.e. students do not need to apply for specific Funds.) Consequently, students who wish to apply for Endowment Funds need to submit a resume and brief letter specifying their travel and/or professional development needs that they anticipate for the academic year (2017-2018). Recipients of endowment funding can only receive the funding amount after having returned from the trip or after having purchased the goods or services related to professional development with appropriate documentation.  (Recipients must be enrolled for Fall and Spring 2018 to be eligible to receive award.)

Those who receive funding assistance will come from one of the Endowment Funds listed below:

Established by Kathleen Boyette to honor the memory of her parents, Dr. and Mrs. Edward Boyette to enhance the work of the School of Theatre with for travel of students to auditions, performances, showcases, and other activities and/or events to enhance professional development. A letter of appreciation and a report on the use of the proceeds will be provided to Ms. Kathleen Boyette via the Theatre Office.

Established to honor the memory of former UNCG professor, Dr. Betty Jean Jones to assist students with professional development activity such as purchasing design art supplies or travel funding to professional conferences, symposia, internships, auditions, and study abroad. A minimum GPA of 3.0 is required. If the student is an undergraduate, preference will be given to those who are participating in the School of Theatre’s Lloyd International Honors College Program who have maintained a GPA of 3.5 or higher. A letter of appreciation and a report on the use of the proceeds will be provided to Professors Deborah Bell and Jim Fisher via the Theatre Office.

Established by Ms. Linda Sloan to enhance the overall program of Theatre education and performance at the University. The proceeds may be used in a manner that best meets those needs and may include support for productions and other activities. Ms. Sloan received her Master of Fine Arts degree in Theatre from UNCG in 1982. She has maintained both a professional and personal interest in the Theatre program since that time and serves as Founding Board Chair. A letter of appreciation and a report on the use of the proceeds will be provided to Ms. Sloan via the Theatre Office.

Established by UNCG faculty and staff to honor the long-standing patronage of Marian Adams Smith for the purpose of providing funds for students in the School of Theatre in support of internships and professional development activities. Ms. Smith was a co-founder of Pixie Playhouse, which later developed into North Carolina Theatre for Young People. She served as Executive Director of the Southeastern Theatre Conference (SETC) for decades until her retirement. She has continued to support various UNCG theatre events and activities. A letter of appreciation and a report on the use of the proceeds will be provided to Ms. Marian Smith via the Theatre Office.