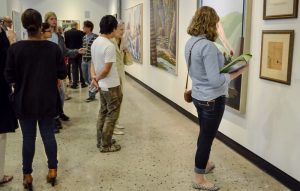 The UNCG School of Art, with the generous assistance of Molly Sexton of Greensboro and Jane and Hugh McColl of Charlotte, has launched the Gatewood Legacy Endowment, a fund that will guarantee the programming that made Maud Gatewood’s education at WCUNC (now UNCG) something she treasured and drew on throughout her career. In a 1991 interview with Dr. Porter Aichele, then Head of the UNCG School of Art, Maud said of her education at WCUNC:

“I thought it was a good art department and realized it was better after I left it. It was progressive and very open to new ideas. Gregory Ivy, who started the department, was still head when I was there. He brought Philip Guston, Franz Kline and other artists down to give lectures and critiques as part of the annual arts festival on campus. Knowing that Kline was coming in, I painted a big black and white canvas. He looked at the work and said, ‘That’s a good painting, but where are you going from here?’ I never forgot the question—it taught me a lot.” 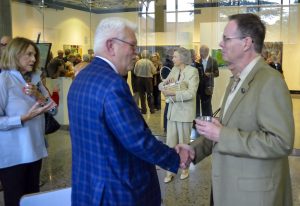 In response to a question about her graduate experience at The Ohio State University, Maud earned her MFA in 1955, she said, “At UNCG women were encouraged to do what they wanted. At Ohio State I was introduced to a dual standard and the notion of women’s ‘inferiority.’” Robert Hobbs, in his essay about Maud in the catalog for the exhibition Maud Gatewood: re-visions (Greensboro: Weatherspoon Art Museum, 1994) summarized her undergraduate experience this way: the “extraordinary series of undergraduate experiences was formative to Gatewood’s development. She came to regard questioning and risk-taking as necessary norms. Close proximity to and familiarity with important artists also had the distinct advantage of diffusing the power of the vanguard by presenting it as an open-ended approach rather than an orthodoxy to be followed blindly. After North Carolina, Gatewood found her graduate studies at Ohio State University anticlimactic—a time for review and retrenchment rather than new discoveries.” 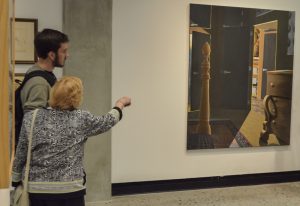 UNCG’s School of Art has never stopped offering its students an extraordinary series of undergraduate and graduate experiences. The art world has changed dramatically since Maud graduated from WCUNC in 1954, but the need to expose our students to as much of that world as we can has not. The kind of experiences that set Maud’s experience at WCUNC apart happened both in the classroom and outside it. This kind of programming is still essential, and we at UNCG continue to push our students to ask questions they too will never forget. We are still progressive and open to new ideas. The vanguard has changed, but presenting it as an open-ended approach is still very much the Department’s approach to educating the next generation of visual artists.

The Gatewood Legacy Endowment, which has the ambitious goal of a minimum of $1 million, will ensure that the School of Art can continue to offer the programming that made Maud Gatewood’s education here a time of new discoveries and personal challenges. We bring emerging and established artists to campus, take our students to important venues for contemporary art—in December 2014, for example, we took a busload to Prospect 3 in New Orleans, the only international biennial exhibition of contemporary art in the United States—and provide the programming outside of the classroom that prepares our students to sustain successful and satisfying careers in the increasingly diverse fields that welcome and demand students trained as visual artists.

The Gatewood Legacy Endowment has been established both in Maud Gatewood’s honor and memory and to guarantee her still-relevant vision of how to educate art students. The fund will permit us to continue that vision, in contemporary manifestations, well into the future and ensure that what made UNCG so important to Maud continues to provide future students with the same formative experiences that made her one of North Carolina’s most important artists of the late 20th century.

Thank you for considering supporting this fund and the advantages it brings to art students at UNCG. We believe it embodies the qualities of a visual arts education that Maud believed in, and does it in a contemporary world Maud would have continued to embrace. 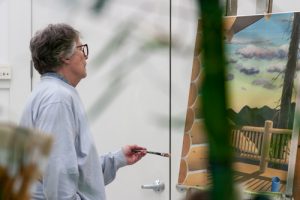