The UNCG School of Music is extremely proud to announce that two outstanding alumni have been selected as finalists for the 2021 Music Educator Award™ presented by the Recording Academy® and GRAMMY Museum®. Ten music educators from 10 cities across 8 states were advanced to the final round of the Music Educator Award. In total, more than 1,989 initial nominations were submitted from all 50 states.

Both finalists have undergraduate and graduate degrees in music education from the UNCG School of Music. Both are well-respected teachers at Northwest Guilford High School in Greensboro. They were the only music educators from the state of North Carolina selected for the semifinal round and have now advanced to the finals. Read more about Brian and Donny below.

The Music Educator Award™ was established to recognize current educators (kindergarten through college, public and private schools) who have made a significant and lasting contribution to the field of music education and who demonstrate a commitment to the broader cause of maintaining music education in the schools. A joint partnership and presentation of the Recording Academy® and GRAMMY® Museum, the recipient will be recognized during GRAMMY® Week 2021.

Congratulations on this wonderful achievement and good luck! 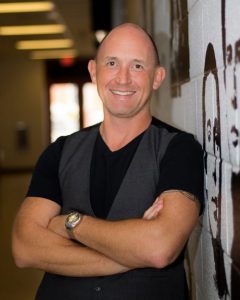 Brian McMath (BM ’96, MM ’10) is currently in his twenty-fourth year as an educator and seventeenth year as the Director of Bands at Northwest Guilford High School in Greensboro, North Carolina. While at Northwest Guilford, Mr. McMath’s bands have received recognition for their growth, discipline and individual member achievements. Members of the class bands (Concert Band, Symphonic Band and Wind Ensemble) are consistently chosen for various All-County, All-District and Honor Bands across the state. At least thirty alumni from Mr. McMath’s programs are now music educators or are pursuing careers in music education.

Under Mr. McMath’s direction, the school’s Concert Band, Symphonic Band and Wind Ensemble have consistently earned ratings of Excellent and Superior at Regional and State Festivals. The Wind Ensemble consistently performs grade five and grade six literature at the North Carolina Music Performance Assessment Festival earning Superior Ratings. Additionally, the Marching Viking Band (a volunteer organization) has competed in the Outback Bowl (twice – Grand Champion 2004) in Tampa, Florida and the Fiesta Bowl in Tempe, Arizona. The Marching Viking Band has been invited to perform at the Liberty Bowl, the Orange Bowl, the Chick-Fil-A Peach Bowl, the Citrus Bowl, the National Parade in Washington, DC, the Holiday Parade in Waikiki, Hawaii and at the London New Year’s Day Parade. 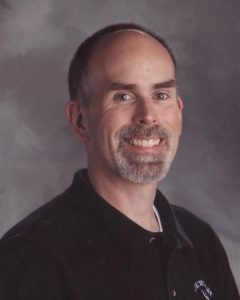 Donald J. Walter (BM ’94, MM ’12) is the Director of Orchestras at Northwest Guilford High School and Northwest Guilford Middle School. Also, he is the Orchestra Section Chair of the NC Music Educators Association. While at the NW Schools, Mr. Walter has doubled the enrollment in the middle school orchestra program and increased enrollment to more than 90 in the high school program.

Mr. Walter is a National Board Certified Teacher and holds Bachelor and Master of Music in Music Education degrees from UNC Greensboro. He has presented teaching clinics at local, state, national, and international music education conferences. He has published an article about deliberate practice and neurobiology in the Music Educators Journal. Throughout his career, Mr. Walter has led groups to more than 43 “Superior” ratings at NC Western Region Music Performance Adjudications and has had many students selected to the county, district, regional, and all-state honor ensembles. Six times he has led groups in performance at the NC Music Educators In-Service Conference (2019, 2017, 2016, 2014, 2010, and 2006).

Mr. Walter is an active clinician who has conducted the high school and middle school NC Western Region Repertory Orchestras, the NC Junior Eastern Region District Two Orchestra, and numerous all-county orchestras throughout North Carolina. Additionally, he is a frequent guest conductor of the UNC Greensboro Sinfonia Orchestra. In 2015 Mr. Walter was named the Guilford County Schools Arts Educator of the Year and the NCMEA Orchestra Section Western Region Orchestra Director of the Year.

Mr. Walter lives in Greensboro with his marriage partner, Dr. Jennifer Walter, and their two children.