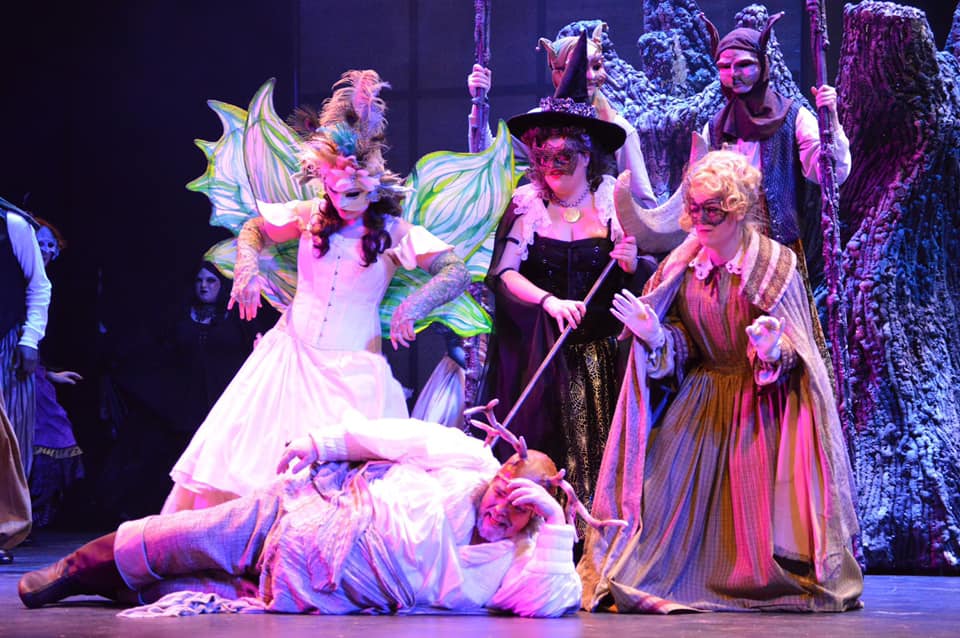 UNCG Opera Theatre’s production of Falstaff has advanced to the semi-final round in the 2019-2020 American Prize competition for all three areas in which it was entered.   Those areas are:  Production, Conducting (Peter Perret), and Stage Direction (David Holley).

Falstaff , Verdi’s last opera, is a revenge comedy based on Shakespeare’s Merry Wives of Windsor .   The UNCG production, mounted in the spring of 2019 and directed by David Holley, included 10 principals, a chorus of 30, and the University Symphony Orchestra.  Metropolitan Opera baritone Richard Zeller was in the title role.  Costumes were designed by Deborah Bell and created with the help of costume design students.  The set was designed by Randy McMullen with design and production students, and Chip Haas served as technical director.