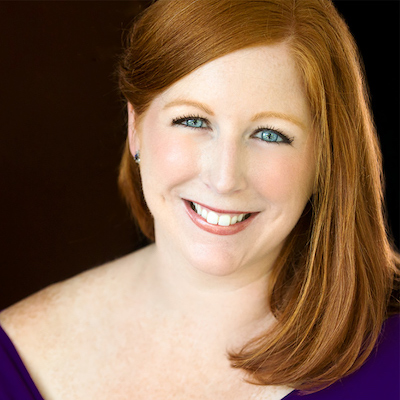 The UNCG School of Music is pleased to announce that soprano Theresa Bickham has been appointed to the faculty as Assistant Professor of Voice effective Fall 2019.

Bickham has been praised for her “fine piano nuances” and “expressive legato line.” She made her European debut in 2007 singing scenes from La Traviata under the direction of Maestro Eduardo Müller. Most recently, Ms. Bickham was seen internationally as a semi-finalist in the Concorso Lirico Internazionale per Cantanti lirici Rosa Ponselle in Caiazzo, Italy. She has been seen on the operatic stage as Erste Dame in Die Zauberflöte, Donna Anna in Don Giovanni, Adina in L’Elisir d’amore, Rosalinde in Die Fledermaus, Musetta in La Bohéme, Arminda in La finta giardiniera, Constanza Piccolatura in Impresario, Frasquita in Carmen, Monica in The Medium, and Bessie in Mahagonny Songspiel, Princess in A Bird in Your Ear and Terentia in The Beautiful Bridegroom. No stranger to the musical theatre stage, Ms. Bickham has also performed the roles of The Baker’s Wife in Into the Woods, Tess in Crazy for You, Nancy in Oliver, and Mrs. Macafee in Bye, Bye Birdie among others.