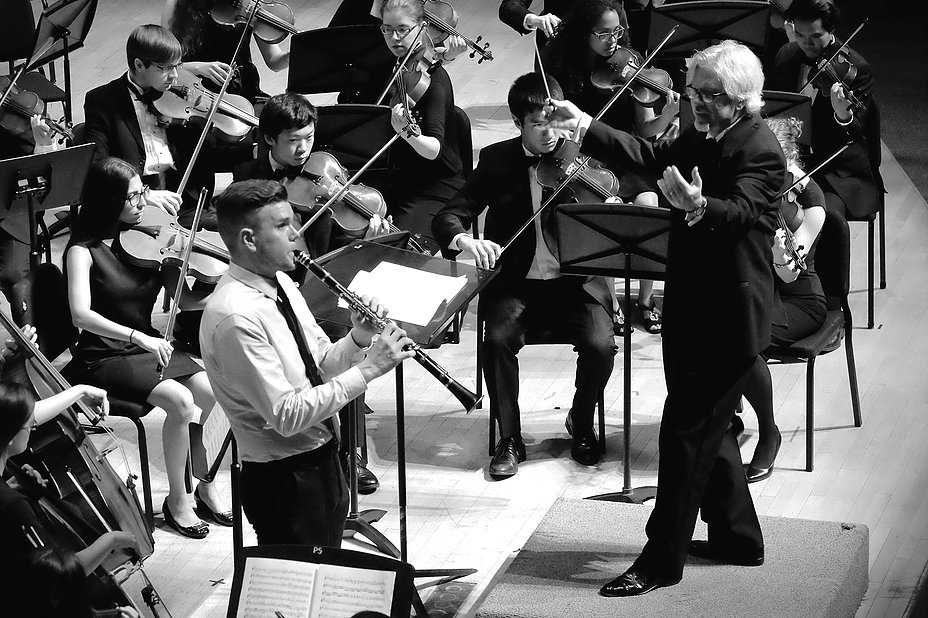 “UNCG is an incredible school of music, and I’m simply delighted to be coming on board with their remarkable clarinet studio,” said Hudson. “I will have the opportunity to join a long lineage of excellent clarinetists who have taught at the school, and will be working alongside and in tandem with clarinet guru Anthony Taylor.”

Performances by Hudson have been hailed as “a treat for the listener” and praised for “an uncommon singularity of purpose, technical virtuosity, youthful vigor and a mature sensitivity.” Several of his performances have been broadcast on WFMT Chicago, including his 2011 performance of Scott McAllister’s Black Dog as soloist with the Northwestern University Symphonic Wind Ensemble.

A noted interpreter of contemporary music, Andy has premiered and commissioned dozens of works to date and was a presenter at the 2017 New Music Gathering. He has performed with the Chicago Symphony Orchestra on their MusicNOW series, with Ensemble Dal Niente, and at the Art Institute of Chicago, the Eastman School of Music, and Constellation Chicago. An avid chamber player, Andy is clarinetist with dynamic mixed-chamber ensemble Latitude 49, and made his Carnegie Hall debut in 2017 as a member of the trio F-PLUS. He also performs regularly with The Zafa Collective, earspace, and 10th & Broadway, and has appeared with a.pe.ri.od.ic. In 2017, Andy performed across Switzerland and Germany as a member of the Lucerne Festival Academy Orchestra under the baton of Matthias Pintscher.