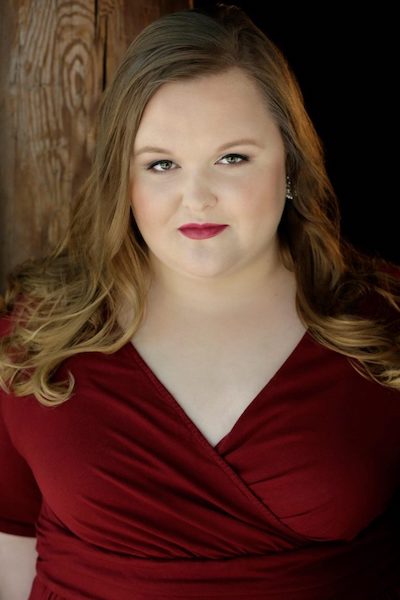 The UNCG School of Music is pleased to announce that alumna Gretchen Krupp (BM ’15) is a Grand Finalist in The Metropolitan Opera National Council Auditions, and will compete on Sunday, April 29 in New York City at Lincoln Center.

Krupp, a mezzo-soprano, is just one of 9 singers chosen through a series of district and regional competitions taking place in 42 Districts and 12 Regions throughout the United States and Canada. Started in 1954, The Metropolitan Opera National Council Auditions is a program designed to discover promising young opera singers and assist in the development of their careers. Some notable past winners include Renee Fleming, Stephanie Blythe, Thomas Hampson, Eric Owens and Frederica von Stade.

While at UNCG, Gretchen studied voice with Dr. Carla LeFevre and performed in many Opera Theatre productions including Hansel and Gretel, The Marriage of Figaro, and the inaugural season of Greensboro Light Opera and Song. She later attended the Indiana University Jacobs School of Music where she earned a Masters degree and is currently earning a Performer Diploma.

The National Auditions Semi-Finals and Grand Finals Concert take place at the Metropolitan Opera each spring. At that time, the regional winners are brought to New York for musical preparation under the guidance of the Met’s music staff. They then audition with piano before members of the staff. Those not selected as National Finalists will receive a cash award of $1,500.

All National Finalists will receive $5,000 and remain in residence at the Met for another week while continuing to coach with the artistic staff in preparation for the Grand Finals Concert with the Metropolitan Opera Orchestra.

During this final audition, they will compete before a public audience and a distinguished panel of judges for awards in the amount of $15,000. All travel and housing for participants at the national level are paid for and arranged by the Metropolitan Opera National Council.

This year, UNCG had a total of 4 district winners in the Met Opera Auditions. In addition to Gretchen Krupp, the university also congratulates: