Flourishes and Meditations on a Renaissance Theme 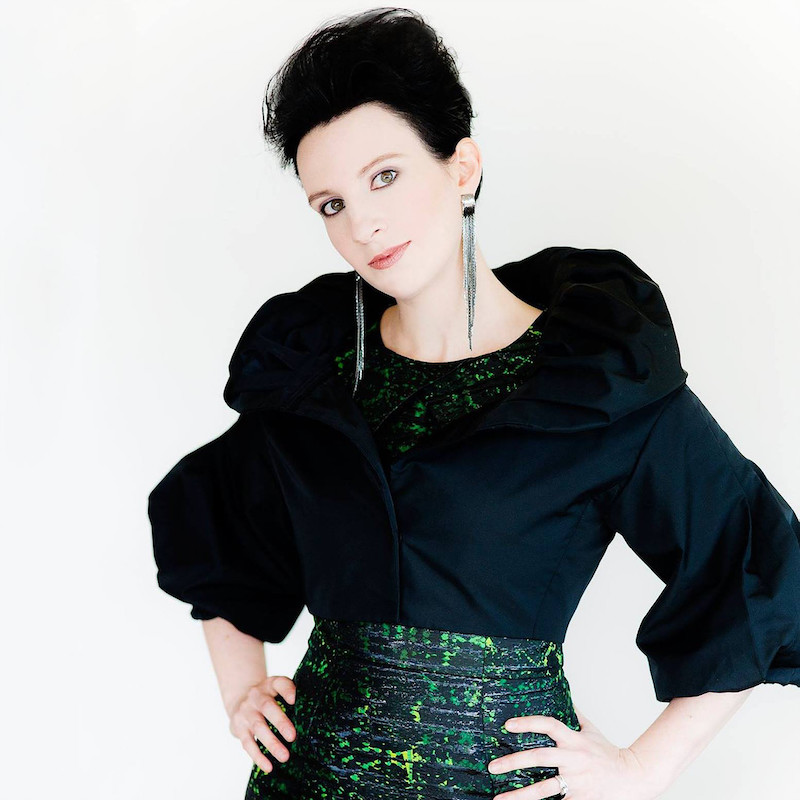 Hailed by Fanfare Magazine as an “artist of growing reputation for her artistry and intelligence…with a voice of goddess-like splendor” Lindsay Kesselman is a soprano who passionately advocates for contemporary music, actively commissioning and collaborating with a diverse array of composers to create unique, groundbreaking, and dramatically-inspired works for the voice. This season Kesselman will have the honor of being the featured singer at John Corigliano’s 80th birthday concert celebration at National Sawdust. Other season highlights include her debuts with the North Carolina Symphony and the Charlotte Symphony Orchestra, as well as the 2017 release of Antique Violences on Blue Griffin, featuring “Songs from the End of the World” by John Mackey, written for Kesselman and chamber winds. Her performance on this recording was praised in Fanfare Magazine: “…Kesselman sings the uncommonly beautiful songs with heartbreaking restraint….” In the 2015-16 season, she made her debut with both the Los Angeles Philharmonic and Dutch National Opera in a leading role of a new opera by composer Louis Andriessen entitled “Theatre of the World.” A live audio recording will be released on Nonesuch Records on September 29th, 2017. In 2012-2015 she sang with the Philip Glass Ensemble on an international tour of Philip Glass’ ground-breaking opera “Einstein on the Beach,” which included 15 cities and the Latin American premiere of the piece. In 2013 this production won the prestigious Laurence Olivier award for Best New Opera Production. Kesselman is the resident soprano with the Pittsburgh New Music Ensemble, and in that capacity has performed music by Joseph Schwantner, Louis Andriessen, John Corigliano, Amy Beth Kirsten, Chris Cerrone, Dan Visconti, David Stock, Mathew Rosenblum, and a staged production of Kieren MacMillan’s Drunken Moon and Schoenberg’s Pierrot Lunaire. She will be featured on an upcoming binaural recording of John Corigliano’s “Mr. Tambourine Man” with this ensemble. Recent highlights include Kesselman’s Carnegie Hall debut singing Corigliano’s “Mr. Tambourine Man,” Louis Andriessen’s “La Commedia” (Béatrice) as part of the Andriessen75 Festival with the Great Noise Ensemble, the Poulenc “Gloria” with the Buffalo Master Chorale, the premiere of “The End of Knowing”, a song cycle by Robert Beaser for soprano and wind symphony, collaborating with Tony Arnold and the Adrian Symphony (MI) on “Virtue” by Christopher Theofanidis, and the release of Kesselman’s debut album of American contemporary music in 2014 on the Bad Wolf Music label, entitled “If this world could stop.” A track from this album was featured on the I CARE IF YOU LISTEN Spring 2015 mixtape. Other recent appearances include Orff’s “Carmina Burana” and Vaughan Williams’ “Dona nobis pacem” with the Akron Symphony Orchestra (Ohio), a holiday concert with the Westmoreland Symphony Orchestra (Pennsylvania), Pergolesi’s “Stabat Mater” with members of the Albuquerque Symphony Orchestra, Barber’s “Knoxville: Summer of 1915” with the Cleveland Heights Chamber Orchestra, Haydn’s “Lord Nelson Mass” in metro Chicago, and several concerts with Houston’s Camerata Ventapane at the 2nd Annual Baroque Music Festival in San Miguel de Allende, Mexico. HAVEN, Kesselman’s trio with Kimberly Cole Luevano, clarinet and Midori Koga, piano (www.haventrio.com) actively commissions and tours throughout North America. They recently released two albums on the Fleur de Son Classics label entitled Bright Angel and Atonement. HAVEN was the recipient of a 2015 Chamber Music America Classical Commissioning Grant with composer Jon Magnussen. Kesselman holds degrees in voice performance from Rice University and Michigan State University. She currently lives in Winston Salem, NC with her husband, conductor Christopher James Lees, and son Rowan.