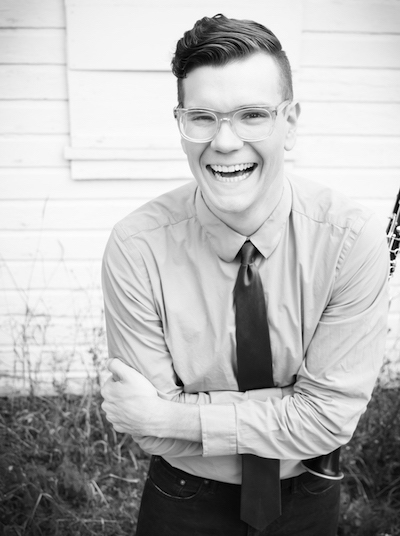 Performances by clarinetist Andy Hudson have been hailed as “a treat for the listener” and praised for “an uncommon singularity of purpose, technical virtuosity, youthful vigor and a mature sensitivity.” An active performer both nationally and internationally, he has received performance invitations from the World Congress of the International Alliance for Women in Music, the New Music Gathering, the College Music Society Conference in Vancouver, and gatherings of the International Clarinet Association’s ‘ClarinetFest’ in Los Angeles, Orlando, and Ostend, Belgium. In 2017, Andy performed across Switzerland and Germany as a member of the Lucerne Festival Academy Orchestra under the baton of Matthias Pintscher, and he has won top honors at the MTNA National Senior Woodwind Competition, the Sewanee Summer Music Festival Concerto Competition, the MTNA Southern Chamber Music Competition, and both the Columbus State University and Northwestern University Concerto Competitions. Andy is a frequent soloist, recently performing the concerti of Weber, Gandolfi, Daugherty, and Mozart among others. Several of Andy’s performances have been broadcast on WFMT Chicago, including his 2011 performance of Scott McAllister’s “Black Dog” as soloist with the Northwestern University Symphonic Wind Ensemble.

A noted interpreter of contemporary music, Andy has premiered and commissioned dozens of works to date and has performed with the Chicago Symphony Orchestra on their MusicNOW series, at the Bang on a Can Summer Marathon, and at the Art Institute of Chicago, the Eastman School of Music, and Constellation. He recently gave the Midwest Premiere of Michael Hersch’s chamber opera “On The Threshold of Winter” with Ensemble Dal Niente and soprano Ah Young Hong, of which the Chicago Tribune said, “The eight Dal Niente musicians threw themselves into this challenging music with a razor-sharp bite and precision that was jaw-dropping.” Andy made his Carnegie Hall debut in 2017 as a member of the trio F-PLUS, and he is clarinetist with dynamic mixed-chamber sextet Latitude 49. He has also appeared with a.pe.ri.od.ic and the Chicago Composer’s Orchestra, and performs regularly with The Zafa Collective, earspace, and 10th & Broadway.

In 2018, Andy joins the faculty of the University of North Carolina at Greensboro as Lecturer of Clarinet. Additionally, each summer he joins the Artist-Faculty of the Tennessee Valley Music Festival in Huntsville, AL, and he previously held teaching positions at Northwestern University and Lake Forest College. Andy earned his Doctor of Musical Arts in Clarinet Performance with a Cognate Certification in Music Theory from Northwestern University, where he also earned his Master of Music degree. He earned his Bachelor of Music degree from Columbus State University’s Schwob School of Music. His primary teachers have included Steve Cohen, J. Lawrie Bloom, and Lisa Oberlander. When he’s not practicing, Andy enjoys cycling, running, reading, playing guitar, eating local food, watching baseball, and acquiring obscure instruments.