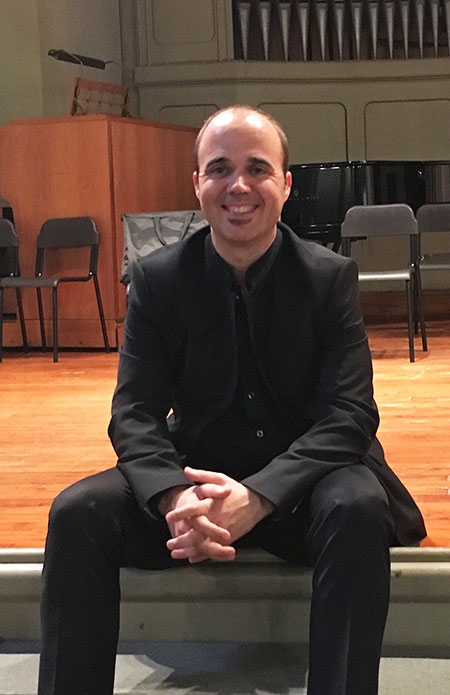 Juan José Navarro is a native of Godelleta in Valencia. He graduated as Profesor Superior of  the Clarinet with Honours. He has studied and assisted on various clarinet seminars with teachers such as Jean Luis Sajot, Ramón Barona, Roy Jowit, José Tomás, Walter Woykens and J. Vicente Herrera among others. In 1997 on becoming a teacher in the Conservatorio Elemental de Musica of El Ejido and the Conservatorio Profesional of Córdoba he became a member of the Cuerpo de Profesores de Música y Artes Escénicas pertaining to the Junta de Andalucia. Subsequently he attained his current position at the Real Conservatorio Profesional of Almeria.

He has led  a number of courses for the conducting of wind band and orchestra with teachers such as Salvador Más, Manuel Hernández Silva, Enrique Garcia Asensio, Jerzy Salwarowski, Paollo Belamia and Cesar Álvarez. He obtained the title of Profesor Superior de Dirección de Orquesta with José Miguel Rodilla in the Conservatorio Superior de Música of Murcia, finishing his studies with the highest possible results and graduating with L´Histoire du Soldat by Igor Stravinsky. He was nominated by the Conservatorio Superior to perform the duties of assistant director for the Orquesta de Jóvenes de la Region de Murcia.

He has run courses and given master classes for conducting in Valencia, Murcia, Galicia, Jaén, Granada and Almeria organized by such institutions as the Vicerrectorado de Extensión Universitaria of the University of Almeria, the Federación Andaluza de bandas de Música, the Real Conservatorio Profesional de Música of Almeria as well as for the teaching staff at the Centro de Enseñanza al Profesorado.

He has been titular musical director for 8 years of the Sinfónica Municipal  de Almeria. He is co-founder along with José Miguel Rodilla of the Academia de Dirección de Orquesta y Banda, “Diesis“, which gives classes in Almeria and Valencia to more than fifty pupils from every part of Spain. Currently he is music director of the Sinfónica  San Indalecio de Almería, teacher at the Real Conservatorio Profesional de Música of Almeria and conductor of the Symphony Orchestra and Choir at the University of Almeria. 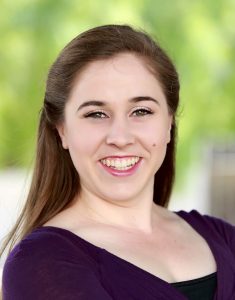 Leanna Crenshaw, soprano, is currently pursuing her Master of Music degree in Voice Performance at the University of North Carolina at Greensboro, where she is a student of Dr. Carla LeFevre and Dr. Jim Bumgardner. Her more notable operatic roles include Die Königin der Nacht (Die Zauberflöte), Anna Maurrant (Street Scene), Hanna Glawari (Die Lustige Witwe), Nella (Gianni Schicchi), and Mabel (The Pirates of Penzance). In April, she will be singing Die Königin der Nacht in UNCG Opera Theatre’s production of Die Zauberflöte, which will be her fourth time singing the role. Other credits include performance in musical theater, operetta, opera, concert, and choral works. She holds her Bachelor of Music degree in Vocal Performance from Biola University’s Conservatory of Music.