She Is…Her Story: A Woman’s Love and Life in Her Own Words 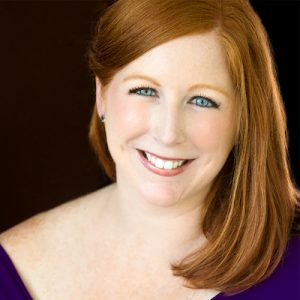 Soprano Theresa “Teri” Bickham has been praised for her “expressive legato line” and “fine piano nuances.” She made her European debut singing scenes from La Traviata under the direction of Maestro Eduardo Müller. Dr. Bickham has performed with opera companies throughout the United States including Houston Grand Opera, Opera New Jersey, Opera in the Heights, Loudoun Lyric Opera, and Opera Camerata of Washington. She has performed a diverse repertory of operatic roles that include a specialization in Mozart heroines (Donna Anna, La Countessa, Fiordiligi), Italian opera (Adina, Violetta, Musetta), German operetta (Rosalinde, Hanna Glawari), and contemporary American opera (A Bird in Your Ear, The Beautiful Bridegroom.)

Dr. Bickham is a frequent guest artist in the United States and Europe. Recent concert appearances include works by Vivaldi, Bach, Mozart, Handel, Brahms, Rossini, Orff, Vaughn Williams and numerous orchestral pops performances. In competition, Dr. Bickham was an international semi-finalist in the Concorso Lirico Internazionale per Cantanti lirici Rosa Ponselle in Caiazzo, Italy. She has also been the winner of national and regional competitions including: The Metropolitan Opera National Council Auditions-Mid-Atlantic Regional Finalist, Palm Beach Opera Semi-Finalist, Shreveport Opera Singer of the Year Finalist, MD/DC National Association of Teachers of Singing, and the Gilbert and Sullivan Society of Houston.

An avid recitalist, Dr. Bickham has performed recital tours in Maryland, Virginia, Texas, Washington DC, and most recently as a part of the Bellingham Music Club in Washington state. Her passion for art song has led to diverse programs specializing in repertoire written for specific voices and the exploration of the performer’s role in the creation of music.

Dr. Bickham’s performance experience has culminated in her passion for training young professionals. Her students have been recognized for their polished performances and exemplary teaching. Former students have attended prestigious schools that include The Juilliard School, Indiana University, the University of Maryland, the University of Tennessee, the University of Denver Lamont School of Music, Bard College Conservatory of Music, Ithaca College, Boston Conservatory, and Roosevelt University. In addition, they have won prizes with the Metropolitan Opera National Council Auditions, Annapolis Opera, the National Society of Arts and Letters, National Association of Teachers of Singing, and the Classical Singer competitions. Many students are performing professionally with such companies as The Metropolitan Opera, Opera Theater of St. Louis, Marilyn Horne: The Song Continues Masterclass Series at Carnegie Hall, Annapolis Opera, Knoxville Opera, New York Lyric Opera, Disney Cruise Lines, and Creativiva Entertainment.

Dr. Bickham is proud of the many music educators that she has taught. Her former students are passionate and respected educators throughout Maryland, Virginia, Pennsylvania, Texas, and other areas in the United States.