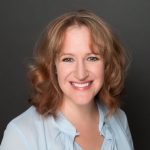 Suzanne U. Polak is a versatile artist. She has worked as a substitute keyboardist with the Pittsburgh Symphony Orchestra, appearing under the batons of Marvin Hamlisch and Manfred Honeck; as Acting Principal with the Wheeling Symphony Orchestra and Virginia Symphony Orchestra; substitute with the North Carolina Symphony and the West Virginia Symphony; also with Charlotte Symphony Orchestra on keyboard, harpsichord, and dulcimer; and appeared with the PSO as a soloist on Carnival of the Animals, playing organ for a performance of Richard Strauss’s Also Sprach Zarathustra, and playing the theremin for their performance of David Del Tredici’s Final Alice. Suzanne is also a composer, she recently completely a commission for the North Carolina Saxophone Ensemble and had a work premiered by the new music ensemble F-plus. She has a love for musicals; she collaborated on Homeless: the Musical, which received two fully-staged performance runs; her score is heard during the DVD-recorded performance of The Tragedy of Jane Shore; and the Beggar’s Opera was given mention for “Best Scores of 2001” in both the Pittsburgh Post Gazette and the City Paper. She composed and played music for The Royal Family, which was performed at the Pittsburgh Public Theatre, and in addition, she has been recorded for other Public Theatre productions, including Private Lives and Amadeus. She is currently residing in North Carolina, where she is working on her Doctoral Degree at The University of North Carolina at Greensboro.