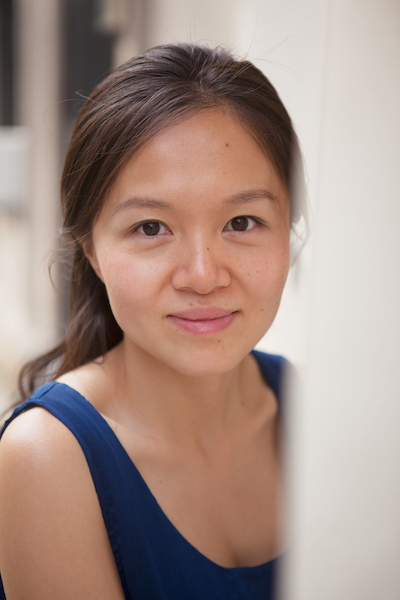 Praised by the New York Times as a “fiery musician” whose playing is “vigorous and passionate,” pianist Qing Jiang enjoys a diverse career in solo, chamber, contemporary music.  She has appeared in Lincoln Center, Carnegie Hall, Jordan Hall, Steinway Hall, and the Isabella Gardner Museum, as well as in the UK’s Snape Maltings Hall, and China’s Central Conservatory in Beijing.  In 2015-16, Ms. Jiang received glowing reviews for her concerto performance with the Chattanooga Symphony, the Adrian Symphony, and the Britten-Pears Orchestra in England under Maestro Oliver Knudsen.  Upcoming engagements include a six-city concert tour in China with Laurie Smukler, Roger Tapping, and Natasha Brofsky, concerto performance of Gershwin’s Rhapsody in Blue with the Bucknell University Orchestra, and solo recital at the LACMA “Sundays Live” series in Los Angeles.

Ms. Jiang was born in Zhenjiang, China, began studying piano at age three with her mother, and later with Shuxing Zhen.  After winning several competitions in her native country, she gave her American debut at age 17, as a Chinese delegate of the Tempe Sister-Cities Program.  Backstage after her recital, she was offered a full-scholarship to study at Arizona State University with Caio Pagano, where she eventually graduated summa cum laude.  Ms. Jiang subsequently completed her Master’s at the Juilliard School with Robert McDonald, and her Doctorate at New England Conservatory with the late Patricia Zander and Wha-kyung Byun.  Ms. Jiang was a recipient of the 2005 Jack Kent Cooke Graduate Arts Scholarship (one of ten national winners in the arts, and the first Chinese recipient of the award).