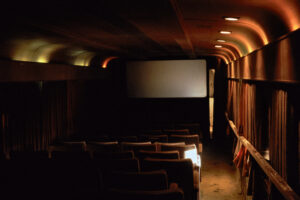 Drawing on work made from the mid-nineties until now, Icelandic visual artist Hlynur Helgason will discuss the practical premises of his photographic work, and relate these to other artists working actively with photography as a medium in Iceland today including Katrín Elvarsdóttir, Ívar Brynjólfsson, and Hrafnkell Sigurðsson.

Helgason will discuss the premises of works he has shot in various locations, using method and rigorous discipline to represent the commonplace or ordinary aspects of life and culture, the tacticity of the surroundings. His approach to technique is varied, his travelogue works in Argentina from 2010 were shot on transparency film with a legacy 1959 Leica, works methodologically. For the present, a work in progress depicting certain locations in a suburb of Reykjavík is shot on medium format film and a legacy Bronica, enlarged using traditional methods on fiber based paper.

Hlynur Helgason‘s work proceeds at a juncture between the documentation of daily existence and the creation of elusive narratives in the fleeting subject of the everyday. His work is parametric, working methodologically on the basis of pre-defined premises; it is also aesthetically a sublimation of the most commonplace and ordinary aspects of urbanity. His subject matter is predominantly the typical, that which does not stand out—the ordinary; his method of working is determined by rigor. Some works, such as Montevideofrom 2010 are traditional and documentary, distinct images of travel along a specific route, of movement and haphazard encounters. Others, like Boxhagener Platzfrom 2018, are a methodological and constrained documentation of a certain locale, images taken at regular intervals in a pre-determined manner, documenting the multifaceted aspect of a typical place. In Hlynur Helgason‘s photographic work, it is the combined effect of constrained method and the fortitude of chance that defines the ensemble of images.