A retrospective solo show of music for saxophone and electronics, composed and performed by Mark Engebretson. 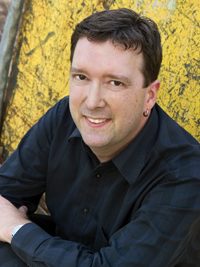 Mark Engebretson (b. 1964) is Professor of Composition and Electronic Music at the University of North Carolina at Greensboro.  He is the recipient of a Barlow Commission (for Bent Frequency), North Carolina Artist Fellowship in Composition (for the Concerto for Soprano Saxophone and Orchestra), a Fulbright Fellowship for studies in France, and has received commissions from Harvard University’s Fromm Music Foundation (Acrylic Waves), the University of Wisconsin-Madison (They Said: sinister resonance), the Thomas S. Kenan Center for the Arts (Deliriade), and the Chicago College for the Performing Arts (Crossfade). He is the founder of New Music Greensboro.