With a career spanning almost four decades, GRAMMY® Award-winning violinist Joshua Bell is one of the most celebrated artists of his era. Having performed with virtually every major orchestra in the world, Bell continues to maintain engagements as soloist, recitalist, chamber musician, conductor, and Music Director of the Academy of St Martin in the Fields.

Bell’s highlights in the 2021–22 season include leading the Academy of St Martin in the Fields at the 2021 BBC Proms, throughout Europe, and the United States on tour; returning with the Philadelphia Orchestra for a play/conduct program, to the Verbier Festival, the Minnesota Orchestra, and the New York Philharmonic; and tours with the Israel Philharmonic and NDR Elbphilharmonie Orchestra as soloist. Additional 2021–22 performances to be announced.

* Tickets to CVPA and UCLS events are sold exclusively through our box office locations and ETix website, and nowhere else. Tickets purchased through third-party vendors cannot be honored.

In 2011, Bell was named Music Director of the Academy of St Martin in the Fields, succeeding Sir Neville Marriner, who formed the orchestra in 1959. Bell’s history with the Academy dates back to 1986 when he first recorded the Bruch and Mendelsohn concertos with Mariner and the orchestra. Bell has since directed the orchestra on several albums including Vivaldi’s Four Seasons, Voice of the Violin, For the Love of Brahms, and most recently, Bruch: Scottish Fantasy, which was nominated for a 2019 GRAMMY® Award.

Bell has performed for three American presidents and the sitting justices of the Supreme Court of the United States. He participated in former president Barack Obama’s Committee on the Arts and Humanities’ first cultural mission to Cuba, joining Cuban and American musicians on a 2017 Live from Lincoln Center Emmy nominated PBS special, Joshua Bell: Seasons of Cuba, celebrating renewed cultural diplomacy between Cuba and the United States.

Born in Bloomington, Indiana, Bell began the violin at age four, and at age twelve, began studies with his mentor, Josef Gingold. At age 14, Bell debuted with Riccardo Muti and the Philadelphia Orchestra, and made his Carnegie Hall debut at age 17 with the St. Louis Symphony. At age 18, Bell signed with his first label, London Decca, and received the Avery Fisher Career Grant. In the years following, Bell has been named 2010 “Instrumentalist of the Year” by Musical America, a 2007 “Young Global Leader” by the World Economic Forum, nominated for six GRAMMY® awards, and received the 2007 Avery Fisher Prize. He has also received the 2003 Indiana Governor’s Arts Award and a Distinguished Alumni Service Award in 1991 from the Jacobs School of Music. In 2000, he was named an “Indiana Living Legend.” 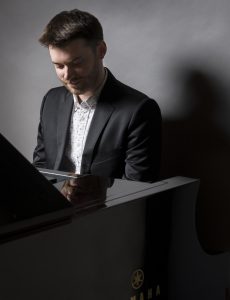 Pianist Peter Dugan’s debut performances with Michael Tilson Thomas and the San Francisco Symphony were described by the Los Angeles Times as “stunning” and by the SF Chronicle as “fearlessly athletic.” He is heard every week across America as the host of National Public Radio’s beloved program From the Top. Mr. Dugan has appeared as a soloist, recitalist, and chamber musician across North America and abroad. In 2020, he joined acclaimed violinist Joshua Bell for At Home With Music, a national PBS broadcast and live album release on Sony Classical. This season Mr. Dugan continues his collaboration with Bell, touring internationally with recitals at London’s Wigmore Hall, Taipei’s National Theater and Concert Hall, and the Kennedy Center in Washington, DC.

Prizing stylistic versatility as the hallmark of a 21st century musician, Mr. Dugan is equally at home in classical, jazz, and pop idioms, and has collaborated with artists ranging from Jesse Colin Young, to Renee Fleming, to Paquito D’Rivera. Mr. Dugan performs regularly in partnership with friends and artists who share a passion for expanding the world of classical music. The Wall Street Journal described Mr. Dugan’s collaboration with violinist and vocalist Charles Yang as a “classical-meets-rockstar duo.” In Mr. Dugan’s performances with his wife, mezzo-soprano Kara Dugan, repertoire ranges from art song, to American Songbook, to original songs and world premieres. The Dugans have appeared at Boston’s Isabella Stewart Gardner Museum, WQXR’s Greene Space, and on PBS Great Performances’ Now Hear This.

Mr. Dugan’s latest album with baritone John Brancy – The Journey Home: Live from the Kennedy Center – was released on Avie Records in 2021 along with an accompanying documentary film from WNET’s AllArts. Brancy and Dugan have given recitals at Alice Tully Hall, Carnegie Hall, and the Kennedy Center, and together won first prize at the 2018 Montreal International Music Competition. Mr. Dugan’s latest project with violinist Sean Lee was PaganiniXSchumann, a digital EP release that accompanied a live performance at Chamber Music Society of Lincoln Center of all 24 Paganini Caprices with piano parts written by Robert Schumann. Mr. Dugan appeared as the piano soloist in Charles Ives’ 4th Symphony with the Houston Symphony, the San Francisco Symphony, and on an album with Michael Tilson Thomas and the SFS.

Mr. Dugan advocates for a classical music culture that is inclusive and welcoming to all, from a community’s concert halls and theaters, to its schools and hospitals. As a founding creator of Operation Superpower, a superhero opera for children, he has travelled to dozens of schools in the greater New York area, performing for students and encouraging them to use their talents – their superpowers – for good. He is head of the Artist in Residence program at pianoSonoma and a founding faculty member of the Resonance and Soundboard Institutes at Honeywell Arts Academy.

Mr. Dugan holds Bachelor’s and Master’s degrees from The Juilliard School, where he studied under Matti Raekallio. He resides in New York City and is a Yamaha Artist.

In addition to public presentations, every artist in the UCLS series does important work with UNCG students, such as holding masterclasses and seminars, often just hours before performing on stage. Thanks to The Cemala Foundation, some of these artists also work with K-12 students in the Guilford County Schools.