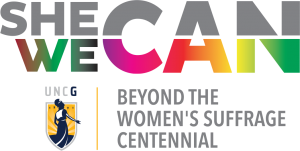 Lectures in Fall 2020 will be held online via Zoom. All lectures are free and open to the public. Please pre-register using the link below. This year’s Series will participate in the UNCG theme She Can, We Can and features research about women, gender, and/or civil rights.

Presented by the School of Music, and Musicology/Ethnomusicology and Music Theory Areas. For further information contact Joan Titus.

Dmitry Shostakovich was Russia’s first major film composer, and worked within the Soviet film industry from 1929 through 1971. In many ways, he is significant case study for how Soviet Russian musicians negotiated their musical identities within this new category of composer. Unsurprisingly, the cultural politics of the arts industries, including music and cinema, addressed and participated in representations of race and ethnicity, gender and sexuality, and national/transnational identities. In this talk, I discuss the construction of gender in Stalinist cinema in film composition as heard in Shostakovich’s late Stalinist scores. Focusing on a few films from the mid to late 1940s, I examine how Shostakovich musically represented gender, and how that music connected with and informed contemporaneous politics. This talk is part of a broader study, over the course of three books, of Shostakovich’s particular negotiation of cultural politics and the Soviet film industry during his tenure as a film composer. 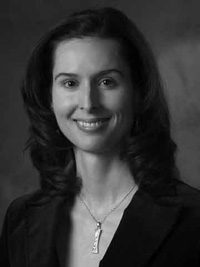 Joan Titus, Associate Professor in Musicology, holds a Ph.D. and M.A. in Musicology with concentrations in Film Studies and Russian Studies from The Ohio State University; and a B.A. in Music History from the University of Arizona, with a minor in Art History. Her research topics include music in screen media, cultural politics, and music and gender. Her most current projects address cultural histories of scoring for Soviet cinema, global identities in music and cinema, and women’s musical performance in contemporary Morocco.

Dr. Titus is currently working on several projects on Russian cinema/sound/music, including a trilogy of books on Dmitry Shostakovich’s film music career. The first of these books, The Early Film Music of Dmitry Shostakovich(opens in new window) (Oxford University Press, 2016) examines narration and politics in Shostakovich’s early film scores. The next two books address Shostakovich’s film music career during Stalinism, and during the Thaw and Stagnation through 1971. She also has published on filmed opera, and transnational musics in Southwest Native American dance cultures. Dr. Titus frequently gives scholarly and invited presentations at conferences in the U.S. and abroad, including the American Musicological Society, Society for Ethnomusicology, Society for American Music, International Musicological Society, Society for Cinema and Media Studies, Southern Conference on Slavic Studies, and the Association for Slavic, East European, and Eurasian Studies. Her research has been funded by the National Endowment for the Humanities Fellowship (2017–2018), NEH Summer Stipend (2016), the AMS 75 PAYS Publication Subvention, multiple fellowships from the U.S. Department of Education Foreign Language Area Studies (FLAS), and other institutional awards.

Dr. Titus has taught a diverse range of graduate seminars and undergraduate courses on Russian and Soviet music, music and cinema, music and politics, music of the world, history of rock, and music of the Western European/American traditions. She developed the undergraduate UNCG General Education course “Music for Film,” and teaches graduate seminars on music and media, music in Russia, and transnational politics and music in Russia, United States, and North Africa. She also currently serves as an editor for Musicology Now, the online platform for the American Musicological Society; and curates the Irna Priore Music and Culture Lecture Series at UNCG. She has served as co-president of the Sound and Music Studies SIG for the Society for Cinema and Media Studies.