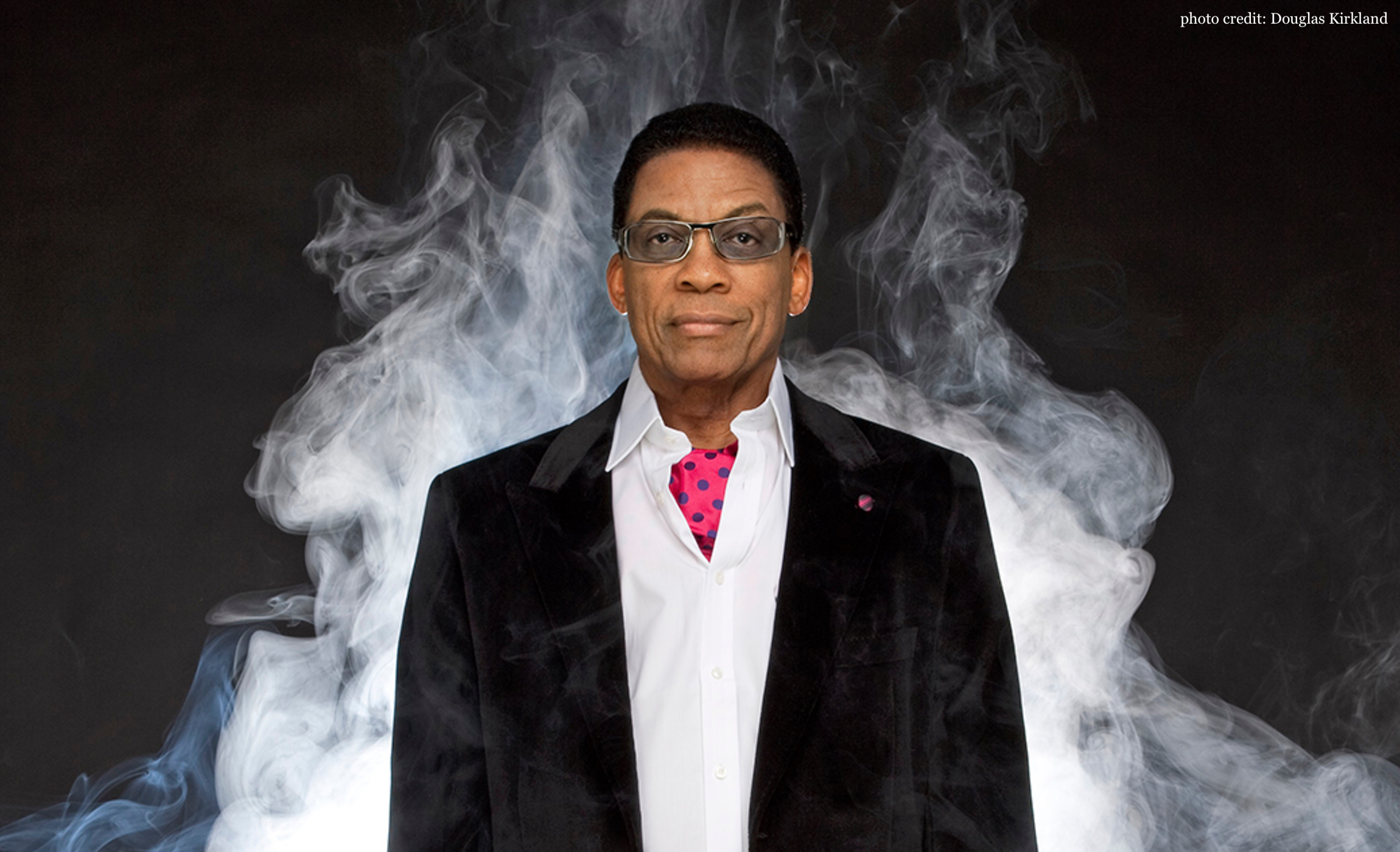 Now in the sixth decade of his professional life, Herbie Hancock remains where he has always been: at the forefront of world culture, technology, business and music. In addition to being recognized as a legendary pianist and composer, Herbie Hancock has been an integral part of every popular music movement since the 1960’s. As a member of the Miles Davis Quintet that pioneered a groundbreaking sound in jazz, he also developed new approaches on his own recordings, followed by his work in the 70s – with record-breaking albums such as “Headhunters” – that combined electric jazz with funk and rock in an innovative style that continues to influence contemporary music. “Rockit” and “Future Shock” marked Hancock’s foray into electronic dance sounds; during the same period he also continued to work in an acoustic setting with V.S.O.P., which included ex-Miles Davis bandmates Wayne Shorter, Ron Carter, and Tony Williams.

In honor of his work, Hancock was awarded the Grammy Lifetime Achievement Award in February 2016. Hancock is currently in the studio at work on a new album.

Purchase Tickets Back to Artist Page