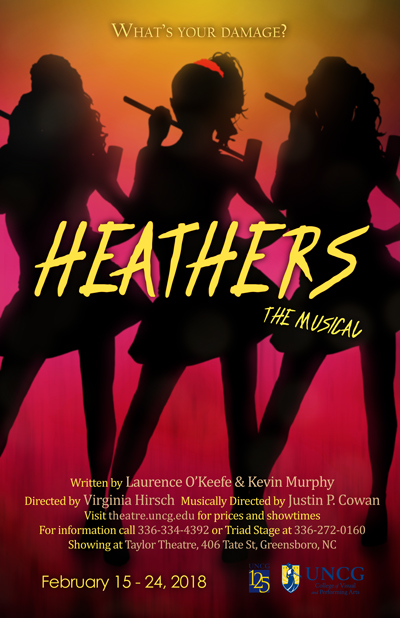 Based on the 1980’s cult film, Heathers: The Musical chronicles the senior year of Veronica, who hates the social hierarchy of high school. Who doesn’t? But when she finally gets a taste of popularity, she learns that it comes at quite a cost. In her attempt to break the status quo, she accidentally creates a new one. A status quo of death. Witness teen angst in its highest form, as Veronica puts the popular kids in their place – six feet under.