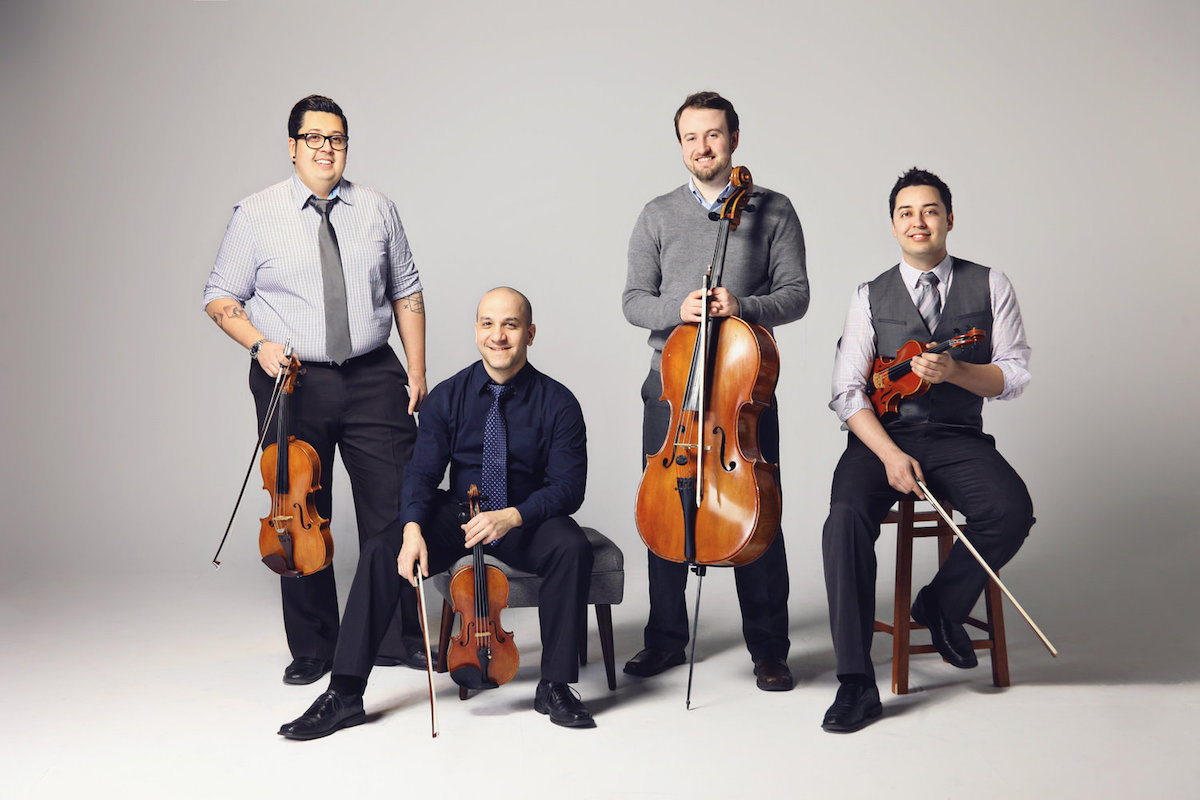 A shared dedication to the exploration and love of music is what inspired the formation of Beo String Quartet (Jason Neukom, Sean Neukom, Sandro Leal-Santiesteban, Ryan Ash). Beo aims to exist as a 21st century music ensemble by performing live, in any venue, the masterpieces of the string quartet repertoire; collaborating with living composers to showcase the music of our time; engaging new listeners through entertainment and thoughtful demonstration; and participating in our modern global culture through a strong social media presence.

Formed in 2015, Beo’s first two years saw a wide range of successes. On tour the group presents uniquely-crafted educational seminars as well as formal and informal performances. Beo has held residencies at music festivals including the Charlotte New Music Festival and Dakota Chamber Music during which they coached and performed alongside the celebrated Ying String Quartet. Beo was selected as a Major Winner for the Pittsburgh Concert Society competition in 2016. More recently, Beo entered the studio to produce recordings of Beethoven String Quartet No.7 in F Major, Op.59 No.1 and Béla Bartók’s String Quartet No. 4.

Beo has developed a reputation for their enthusiasm and dedication to new music. With their continued residency with the Charlotte New Music Festival, Beo performs many works by both young and well established composers and is able to work closely with the participants regarding the intricacies of writing for the string quartet. In conjunction with CNMF, they have held two annual Charlotte New Music and Beo String Quartet National Composition Competitions and are in the process of holding a third. In the competition’s inaugural year, Andrew List’s String Quartet No.5, “Time Cycles”, was selected from ninety-six entries. The work was recorded in July of 2016 and is now availble on Beo’s website. The winner of the second competition is Max Giteck Duykers’ “Glass Blue Cleft”, selected from 110 entries, and will be recorded late in 2017.

In addition to regular performances, other 2017-2018 projects include multi-tiered residencies at schools such as Virginia Tech and University of North Carolina at Greensboro, as well as a two-week long educational tour in North Dakota. Beo is also in the process of creating a triple quartet, multi-media work composed by their very own Sean Neukom. The summer of 2018 will also find Beo teaching and performing at Dakota Chamber Music and Charlotte New Music Festival.