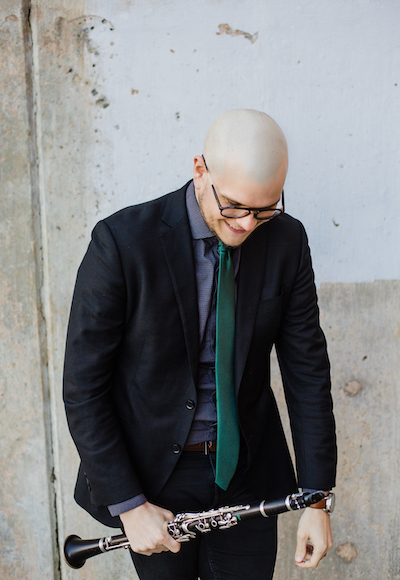 Performances by Andy Hudson have been hailed as “a treat for the listener” and have been praised for “an uncommon singularity of purpose, technical virtuosity, youthful vigor and a mature sensitivity.” He has appeared in Carnegie Hall’s ‘Weill Recital Hall,’ at Chicago’s ‘Symphony Center,’ and at the World Congress of the International Alliance for Women in Music, College Music Society conferences in both Canada and the US, and gatherings of the International Clarinet Association in Los Angeles, Orlando, Knoxville, and Ostend, Belgium. Andy won top honors at the 2008 MTNA National Senior Woodwind Competition and has received other prizes in the National Collegiate Solo Competition, the Vandoren Emerging Artists Competition, and the Luminarts Foundation Fellowship Competition. Andy has recently performed as guest principal clarinet of the Charlotte Symphony Orchestra and the North Carolina Opera, and he was appointed Bass Clarinetist of the Cabrillo Festival Orchestra in 2020. Other festival appearances include the Lucerne, Bang on a Can, Sewanee, Hot Springs, and Great Lakes Chamber Music festivals.

A noted interpreter of contemporary music, Andy has premiered and commissioned dozens of works to date and has performed with the Chicago Symphony Orchestra on their MusicNOW series, at the New Music Gathering, and with Ensemble Dal Niente, the Grossman Ensemble, and the Chicago Composer’s Orchestra. In 2018, he was clarinetist for the workshop performance of Augusta Read Thomas’s opera “Sweet Potato Kicks the Sun,” sponsored by the Santa Fe Opera. Andy also performs with the Zafa Collective and earspace, and was a founding member of the trio F-PLUS. Andy is clarinetist with the mixed sextet Latitude 49, which recently released its sophomore album WAX AND WIRE on New Amsterdam Records. Latitude 49 has held residencies at Princeton University and Baylor University, and has been the recipient of grants from the Barlow Endowment, the Fromm Foundation, Chamber Music America, and the Aaron Copland Fund.

Andy is currently Assistant Professor of Clarinet at the University of North Carolina Greensboro and each summer joins the Artist-Faculty of the Tennessee Valley Music Festival. Previously, he held teaching positions at Northwestern University and Lake Forest College, and he has been the North Carolina State Chair for the International Clarinet Association since 2019. Andy earned his DMA in Clarinet Performance with a Cognate Certification in Music Theory from Northwestern University, where he also earned his Master of Music degree. He earned his Bachelor of Music degree from Columbus State University’s Schwob School of Music. His primary teachers have included Steve Cohen, J. Lawrie Bloom, and Lisa Oberlander. 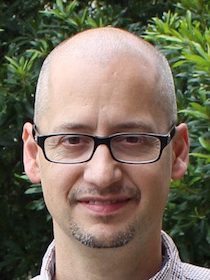 Anthony Taylor, clarinet, has been on the faculty of the University of North Carolina College of Visual and Performing Arts and Principal Clarinet of the Winston-Salem Symphony since 2007. He has been an Artist/Teacher for the Eastern Music Festival since 2013 and served on the faculty of the Hot Springs Music Festival (Arkansas) from 2008–2012. He has formerly held positions with the Spokane Symphony, the Boise Philharmonic, Washington State University, Eastern Washington University, and Whitman College.

Taylor’s clarinet playing can be heard on recordings on the Navona, Centaur, Naxos American Classics and Gothic recording labels, and the most recent releases are two Centaur records projects with New Music Raleigh. The most recent is on Exhaling Space, a Navona release of UNCG composer Alejandro Rutty’s. Other recent recordings include the world premiere recording of Brett William Dietz’s opera introspective Headcase, and the debut recording of composer DJ Sparr, 21207. He is currently finishing up a new recording project of electroacoustic works featuring works of several living composers, including Thea Musgrave, Alejandro Rutty, D. Edward Davis, and Aleksander Sternfeld-Dunn.

He can also be found on youtube; his video promoting his March 2011 basset clarinet performances of the Mozart concerto with the Winston-Salem symphony now has more than 120,000 views. In 2014, Taylor was among the first performers of Donald Crockett’s Dance Concerto. He has appeared at the International Clarinet Association ClarinetFest®, with a notable performance of John Adams’s clarinet concerto Gnarly Buttons in 2010 and in 2011, the world premiere of UNCG composer Alejandro Rutty’s work Guitars, for two clarinets and Ableton Live-based electronics.

In his approach to pedagogy, Taylor incorporates his understanding of human movement, performance, and the Alexander Technique, in which he has been ATI-certified since 2016. He hopes to soon share recent research, at conferences and publications, linking Alexander Technique to the Focus of Attention research pioneered by University of Nevada Las Vegas kinesiology professor Gabriele Wulf. Taylor holds degrees from the University of Cincinnati College-Conservatory of Music, the Florida State University and Washington State University. His former teachers include Steve Cohen, Ron Aufmann, Richard Hawkins, Frank Kowalsky, Jim Schoepflin, and Joseph Brooks.