Film Music
What You Need to Know
Rock Music 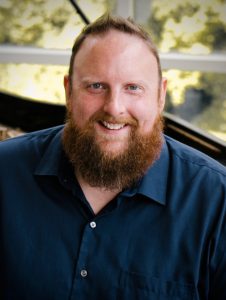 Heralded by the San Francisco Classical Voice as “a Wagnerian vocalist who can sing the sword out of Wotan’s tree,” Dr. Carter gained national attention as a singer of heroic operatic roles and concert repertoire. On the operatic stage, he has entertained in the roles of Max in Der Freischütz, Hoffmann in Les Contes d’Hoffmann, Boris in Katya Kabanova, Turiddu in Cavalleria Rusticana, Pluto in Orpheus and the Underworld,Kaspar in Amahl and the Night Visitors, Trouffaldino in Love for Three Oranges, Cedric Prestwick in The Impresario, and the Learned Judge in Trial by Jury. Additionally, he has performed in scenes from Otello, Die Walküre, Cavalleria Rusticana, Fidelio, Tannhäuser, Cosí fan tutte, Cinderella, and Barber of Seville. As a member of the ensemble of Greensboro Opera Company, he appeared in Otello, Carmen, Don Pasquale, Tosca, and Un Ballo in Maschera.

Dr. Carter is an active recitalist and adjudicator.  He also maintains a private voice studio as well as regularly teaching master classes and clinics for schools and universities. He is a member of the National Association of Teachers of Singing, the Voice Foundation and College Music Society.  In addition to his degrees in vocal performance, he also holds a degree in Communications/Broadcasting from Appalachian State University.