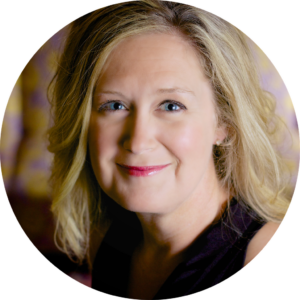 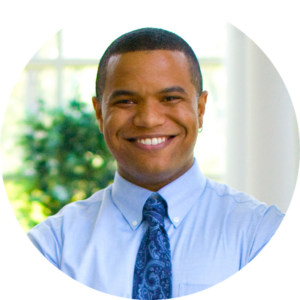 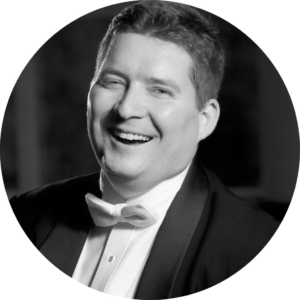 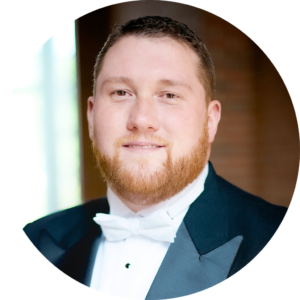 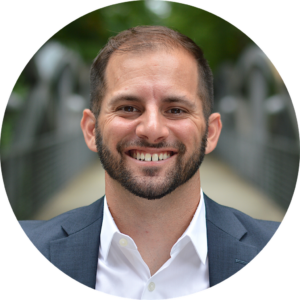 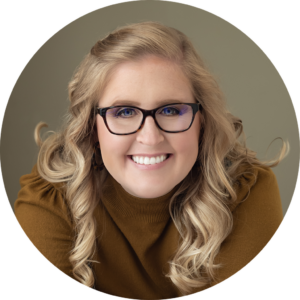 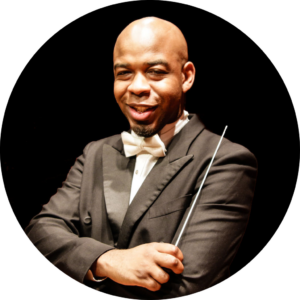 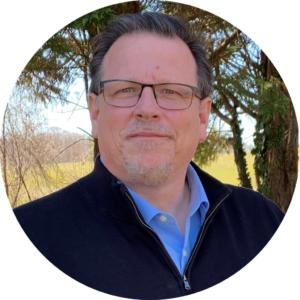 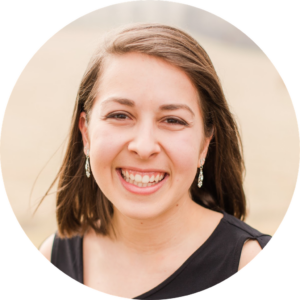 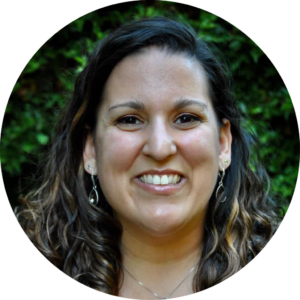 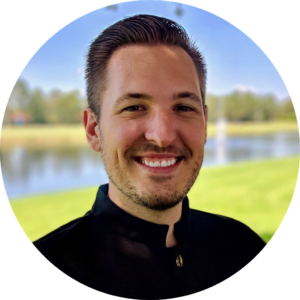 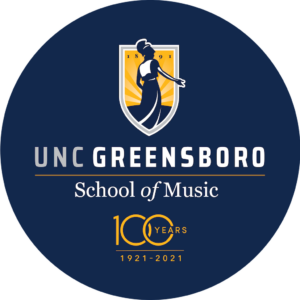 Andrea Brown is the Associate Director of Bands at the University of Maryland where she conducts the Wind Ensemble and serves as Director of Athletic Bands. Brown was formerly on the conducting faculty at the University of Michigan, and was previously the director of orchestra and assistant director of bands at the Georgia Institute of Technology in Atlanta. She is a researcher in the area of conducting pedagogy technology, and is a frequent guest conductor and clinician in the US, Europe, and Asia.

A proponent of inclusion and equity issues, Brown is a frequent guest speaker on these topics in the area of wind bands and the marching arts. She currently serves on the College Band Directors National Association Diversity Committee, the Sudler Shield Committee, Drum Corps International’s In-Step Committee, and is the founder of “Women Rising to the Podium”- an online group of over 4000 members supporting and celebrating women band directors.

Dr. Justin C. Davis directs the wind ensemble, symphonic orchestra, concert band, applied horn, and teaches conducting as part of the music education faculty at UWL. Dr. Davis is a semi-finalist for Opera conducting in The American Prize (2015). He earned the Doctorate of Musical Arts degree in instrumental conducting from UNCG and both a Masters of Music in conducting (2009) and Bachelor of Arts in music education (1999) from Western Illinois University.

An avid performer, Dr. Davis is both a freelance professional conductor and hornist having performed with the Walt Disney World Orchestra in Orlando and currently as the Assistant Conductor for the La Crosse Symphony Orchestra. He is a former marching member of The Cavaliers Drum and Bugle Corps, and currently serves as creative consultant and assistant brass caption head for The Guardians Drum and Bugle Corps in Dallas. His community horn choir, the Bluffs Horn Club, was recently selected to perform for the 53rd Annual Symposium of the International Horn Society (2021).

Prior to his graduate studies Ben taught in the public school system of North Carolina as the director of bands at Ashbrook High School in Gastonia, where he oversaw marching and concert bands and collaborative efforts within the community. An advocate for music education and building leaders in school music programs, Ben has presented leadership training workshops, worked with young music educators, adjudicated, and served as a guest clinician for many band programs around the Carolinas.

Dr. Pamela L. Klena serves as Visiting Assistant Professor of Music at Oakland University where she conducts the Oakland University Symphonic Band, teaches elementary and secondary instrumental music education methods courses and supervises student teachers. Dr. Klena earned a BME from Lee University, a MM in Wind Conducting from Central Michigan University, and a DMA from the University of North Carolina at Greensboro. Prior to her graduate studies, Dr. Klena was the Director of Bands at Trinity Christian School in GA where she taught beginning, middle, and high school band, general music courses and conducted school musicals. She has traveled extensively, promoting music education and leading masterclasses in countries such as Jordan, Brazil, and Kenya.

Dr. Klena’s primary research interest is gender inclusivity among conductors and is supported in her dissertation, “Toward a More Inclusive Profession: A Qualitative Study of Female Wind Band Conductors” that documents trends and life experiences of prominent female conductors. Other research interests include audience engagement and recruitment in the 21st century. She believes this continuing research will enhance the field of music and conducting while the existence of wind band music in the academic environment continues to flourish. Dr. Klena is honored to be a recipient of the CBDNA Mike Moss Study Grant in 2018. Additionally, she is a proud member of the College Band Directors National Association, National Association for Music Education, Women Band Directors International, College Music Society, Conductors Guild, Sigma Alpha Iota, Kappa Kappa Psi, and Pi Kappa Lambda.

Dr. William L. Lake, Jr. is a proud graduate of UNC Greensboro, the University of Maryland–College Park, and Boston University.

Dr. Lake is an emerging artist-educator and passionate advocate for equity and diversity. Dr. Lake is the 2020-2021 SUNY Potsdam President’s Award Recipient for Excellence in Fostering a Welcoming and Inclusive Classroom Environment. Dr. Lake’s other achievements include presenting at the 2021 Midwest International Band and Orchestra Clinic, the National Association for Negro Musicians Annual Conference, and the National Association for Music Education Conference; serving as the invited keynote speaker of the 2020 NYSBDA Summer Conference, guest conductor of the Crane Wind Ensemble’s 2020 Eastern Division CBDNA performance, and a host of appearances as guest conductor for college, Area All-State festivals, and county instrumental honor groups across the country.

Dr. Lake, on his experience at UNCG:

“The graduate conducting program at UNCG is one of the finest in the country, rivaling many larger public institutions. I could not have asked for a better network of mentors who facilitated my growth with my strengths in mind while inspiring artistic, pedagogical, and administrative growth. I have been more than prepared for college teaching and navigating the wide world of conducting with excellence in diverse settings.”

Nicoletta Moss is a Greek-American orchestral conductor of classical and contemporary music. In 2021, Nicoletta was named a finalist in The American Prize competition and made her Europe debut with the Athens Philharmonia Orchestra. Since February 2020, Nicoletta has been a cover conductor for the Greensboro Symphony, where she assists with Pops, Masterworks, and educational performances and video production for live audience and broadcast.

At UNCG, Nicoletta was a graduate conductor and worked with the Symphony Orchestra, Sinfonia, Casella Sinfonietta, and Conducting Lab ensembles. Additionally, she supported the program as the head librarian, ensemble manager, and teaching assistant for undergraduate courses. Previously, Nicoletta was the music director of the James Madison University Club Orchestra, a campus-wide organization including students from over 20 majors. During her tenure, Nicoletta led the orchestra through a period of substantial growth, expanding membership from 11 to 50+ members. Nicoletta is a passionate advocate for community music-making and is a lead program manager at Levine Music in the Greater Washington D.C. area and a founding board member of the National Association of Medical Orchestras.

Mark A. Norman has enjoyed a career spanning over thirty years as a conductor and tuba performer. He is the Music Director of the Piedmont Wind Symphony and the Director of Instrumental Ensembles/Conducting Faculty Artist at the University of North Carolina School of the Arts.

Raised and currently residing in North Carolina, Mark has lived and worked throughout the United States and guest conducted internationally. He is the former music director of the American Wind Orchestra and Riverside Wind Symphony and has been on the conducting faculties of the University of Michigan, UW-Milwaukee, UNC Greensboro, Washburn University, and Towson University. He has recorded with the Fountain City Brass Band, American Wind Orchestra, UNCG Wind Ensemble, and most recently, produced a three-part video series titled “Beethoven and the Winds” with the Piedmont Wind Symphony. He is the former tuba instrumentalist with the U.S. Navy Band in Washington, DC and was principal tuba with the Georgetown Symphony, McLean Orchestra, and the Mount Vernon Chamber Symphony, all of which gained him critical acclaim as a soloist.

Ensembles under Mark’s direction have performed at the World Association of Symphonic Bands and Ensembles (WASBE) conference, Southwestern Regional College Band Director National Association conference and the state music educators’ conferences in North Carolina, Virginia, Maryland, and Kansas. He has been featured on radio programs including NPR Kansas, and on local and national television shows. Mark is a frequent guest conductor with professional and academic ensembles, most recently with the Winston-Salem Symphony, Western Piedmont Symphony, and the NC Brass Band.

Mark and Amanda happily live with their dog Miles and cat Max in Pfafftown, NC, where they plan to reside for many years to come.

Carolina Perez is an Instructor of Music at the North Carolina School of Science and Mathematics (NCSSM), where she teaches Wind Ensemble, Jazz Ensemble, and Music Theory. She holds a Master of Music degree in Instrumental Conducting and a Bachelor of Music degree in Music Education from the University of North Carolina at Greensboro (UNCG). While studying at UNCG, Ms. Perez served as graduate conductor for the university’s three concert bands, the graduate chamber ensemble, and the UNCG Pep Band, as well as a university supervisor for pre-service student teachers. Prior to her graduate studies at UNCG, Ms. Perez spent six years as a band director in the public schools of North Carolina, where she led successful concert and marching ensembles at the middle school and high school levels.

As an educator, she is passionate about building community with students, using nonverbal communication to enhance musical performances, studying and performing the music of diverse cultures, connecting music with other academic disciplines, and creating unique performance opportunities for her students. She also actively serves in various leadership roles for the North Carolina Bandmasters Association, and is a member of the National Association for Music Education, the National Band Association, Women Band Directors International, and Sigma Alpha Iota.

Justin Swaim currently serves as director of Bands at Paul R. Wharton High School in Tampa, Florida where he oversees all aspects of the band program and serves as the Arts Department Chair.

Mr. Swaim studied both wind and orchestral conducting with Dr. John Locke and Dr. Kevin Geraldi at UNCG and made conducting appearances with the University Symphony Orchestra, Sinfonia, Wind Ensemble, Casella Sinfonietta, and Symphonic Band. While completing his graduate studies he served as Assistant Conductor of the University Band, was a graduate assistant for the Music Education department, and was a founding member and conductor of the Foothills Chamber Ensemble of Winston-Salem, North Carolina. After completion of his graduate studies, he conducted internationally in Austria and Italy as part of the 2016 UNCG Wind Ensemble European Tour.

In 2019 and 2021 he won the second place American Prize in Conducting for his work with the Wharton High School Wind Ensemble and Symphonic Band.