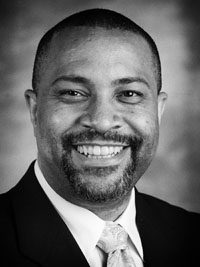 Thomas Taylor has been teaching at the University North Carolina at Greensboro as drum set professor since 2004. He is in great demand all over the Southeast for his performance as well as teaching abilities. Thomas is also one of the drum set instructors for the Jamey Aebersold Summer Jazz camps. He has performed with Ellis Marsalis, Kenny Garrett, Eric Alexander, Kevin Mahogany, Vanessa Rubin, David Baker, Bill Charlap, Cedar Walton, Mulgrew Miller and many others in concerts and clinics. Thomas has taught and performed at many festivals including The Northeastern State University Jazz Festival in Talequah, Oklahoma, The University of Louisville Jazz Week, The UNC Jazz Festival, IAJE conference in Toronto, The Ethno Jazz Festival in Moldova, The Odessa International Jazz Carnival in Ukraine, and served as an ambassador to the state of North Carolina by performing at the U.S. Embassy in Chisinau, Moldova. He has also been a performer and clinician in Japan , Alaska , Hawaii , and all over the continental United States . Thomas earned the Bachelor of Music degree from the University of North Carolina at Greensboro in 1991. Since that time he has taught at several Universities and Colleges, toured nationally and internationally, and recorded with local and national artist.