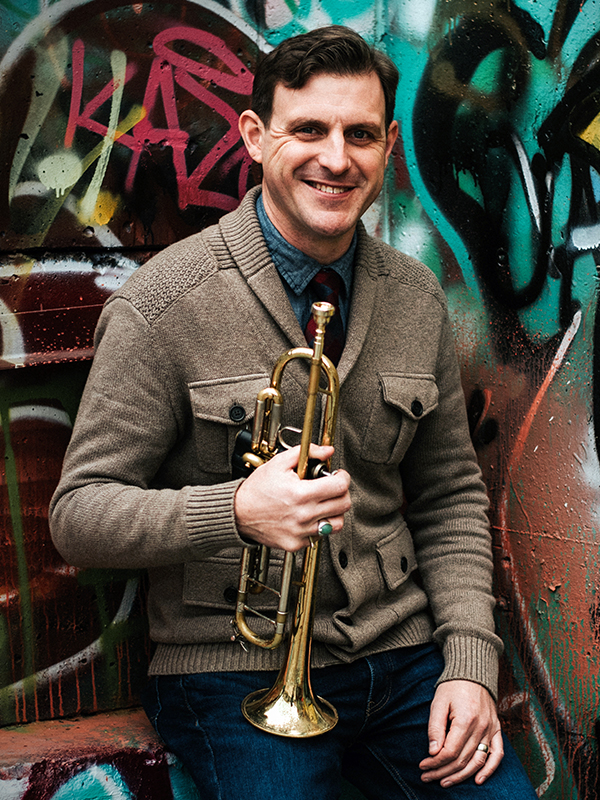 “Heflin proves to be a firmly grounded musician who combines lyricism and virtuosity.”
— Josep Pedro, All About Jazz

Thomas Heflin serves as Assistant Professor of Jazz Brass at the Miles Davis Jazz Studies Program. As a trumpeter, he has performed across the United States and as far as Europe, Canada and Australia. A recording artist for Blue Canoe Records, he has released four albums on the label. His 2007 debut album “Symmetry” was dedicated to the memory of pianist James Williams, who is featured on half of the recording. In 2009, Heflin produced and performed on “Introducing the New 5” and in 2011, he released “Live from Austin,” a collaborative CD with trombonist Ron Westray. The album also featured drummer Adonis Rose and bassists Eric Revis and Neal Caine. In 2022, Heflin released his fourth album, “Morning Star,” featuring saxophonist Gregory Tardy and Mavis “Swan” Poole, among others. Heflin has also recorded five albums with the Knoxville Jazz Orchestra as well as toured Europe with the ensemble, performing in France, Spain and Switzerland.

In addition to his performing career, Heflin has served as an instructor or lecturer at the Manhattan School Precollege Division, Abraham Baldwin Agricultural College, The Jefferson Center Jazz Institute, the University of Texas Jazz Department, the University Outreach and Continuing Education Program at the University of Tennessee, and Roane State Community College. He has served as the Central Greenough Artist-in-Residence in Western Australia and the Always-on-Stage Festival in Charlottetown, Prince Edward Island, Canada. He is a co-author of the book Understanding Music: Past and Present published by University Press of North Georgia.

More information can be found at: www.thomasheflin.com