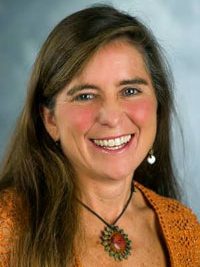 Rachel Briley is an Associate Professor at the University of North Carolina Greensboro (UNCG).  She is head of the M.F.A. program in Theatre for Youth and Artistic Director of the North Carolina Theatre for Young People (NCTYP).  She came to North Carolina from Michigan where she served as the Director of Theatre Education at Western Michigan University in Kalamazoo.  Rachel also taught and directed at Gallaudet University in Washington, DC.  She has been a teaching artist at Wolf Trap Institute for Early Learning Through the Arts where she conducted professional development workshops for in-service teachers and residencies for pre-school children in Washington, DC, Baltimore, MD, Arizona, and Michigan since 1992.  Rachel has expertise in integrating American Sign Language (ASL), music, and drama in the education of the young child. She is also drawn to work in the drama classroom that explores social inequities and inspires students to become more actively involved in their communities. Rachel was a member of the 2006 Leadership Greensboro class where she assisted in the development of the Guilford Education Alliance’s first Education Leadership Academy. She served on the board of the American Alliance for Theatre and Education (AATE) for four years.  In 2004, Rachel was awarded an Ann Shaw Fellowship from TYA/USA to work on Visual Theatre techniques with Tyst Teater in Stockholm, Sweden.  She was a member of the 2014 Women’s Executive Leadership program through the Impact Center in Washington, DC.  Most recently, Rachel was invited to be a U.S. Delegate for the Theatre Communications Group (TCG) to represent the U.S. in Santiago, Chile at the 2017 Santiago a Mil festival.

Rachel graduated Phi Beta Kappa from The Catholic University of America in music (piano) and received her M.F.A. in Theatre for Young Audiences from Arizona State University.  She is fluent in ASL and has working knowledge of Spanish.