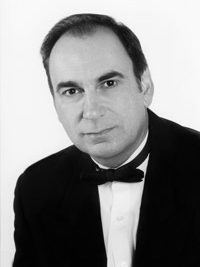 Joseph Di Piazza has performed extensively in the United States, Canada, and Europe as a recitalist, chamber player, and soloist with symphony orchestras. He has been the recipient of numerous honors and awards including: Tchaikovsky Piano Concerto soloist in Chicago’s Orchestra Hall, Chopin recital at the Chicago Art Institute as winner of the Chicago’s Women’s Club Piano Competition, MacDowell recital at Chicago Musical College of Roosevelt University as winner of the Illinois National Federation of Music State Competition. In addition to numerous University guest artist recitals such as the University of Alberta, the University of Wisconsin, the University of Kentucky, other venues include the Martin Luther King Jr. Center for the Performing and Cultural Arts, and Concert Series at the Art Museums of Washington DC, Cincinnati, North Carolina and Kentucky. He has participated as a performer, clinician and adjudicator in festivals at Interlochen, Michigan; Eastern Music Festival, Greensboro, NC; Chicago Spring Arts Festival; Beethoven Festival on Long Island, NYC; and Focus on Piano Literature Series at the University of North Carolina-Greensboro School of Music. Concerto performances include the canon of Russian Romantic Concertos: including Tchaikovsky 1st and Rachmaninoff 2nd and 3rd with numerous Symphonies.

Reviews of his playing include:

“The performance worked up a genuine storm of emotion.” (Baltimore Sun)

“His approach is unfailingly musical, rounded and lyrical tone, phrasing came through with intelligence and sensitivity. Technically the pianist is excellent” (Greensboro Daily News)

“The second half of the concert featured guest pianist Joseph Di Piazza performing Rachmaninoff’s 3rd Piano Concerto. The soloist portrayed a humble eloquence in his mastery of the piano. The sprightly interchange between soloist and orchestra flowed smoothly and consistently.” (Butler Eagle, Butler, PA)

As an author, he has written articles for The North Carolina Music Teacher, and in annotated bibliographic form “A Performance Guide in the Study of Clementi’s Sonatas” is cited in Maurice Hinson’s “A Guide to the Pianists Repertoire”, and in The Papers of Vladimir and Wanda Toscanini Horowitz, compiled by Adrienne Scholtz for the Yale University Archival Collection. He has also edited for Trevco Publications.

He has devoted extended research to the study of the Russian piano tradition. He has interviewed numerous virtuosi including Vladimir Horowitz, Dmitri Paperno, Alexander Toradze, Vladimir Feltsman, Alexander Tcherepin, and Bella Davidovich. In 2013 Di Piazza was awarded a research grant to continue his studies of Russian pianism. During that period he was invited by the North Carolina Music Teachers National Association to give the premier of an unpublished “Ballade” by Horowitz at their annual Conference. Several articles are pending with the results of his research.

He is a member of the College Music Society, Music Teachers National Association, National Federation of Music Clubs, International Rachmaninoff Society, Phi Mu Alpha, and Pi Kappa Lambda. He is past chair of the Piano Section of Music Teachers National Association and served as College Faculty chair in North Carolina for several years. He has presided, presented, and performed for all the aforementioned organizations.

The Doctor of Musical Arts and the Master of Music degrees were earned at the University of Wisconsin-Madison where he received a prestigious NDEA Fellowship. The Bachelor of Music degree and “Outstanding Senior Award” was received at De Paul University in Chicago. Additional studies were at Aspen, Peabody Conservatory, and the University of Illinois. Major teachers include Camilla Vozzella-Bowden, Herman Shapiro, Paul Badura-Skoda, and Howard Karp.

Dr. Di Piazza is a Professor of Music at the University of North Carolina at Greensboro where he has an active studio of undergraduate and graduate piano majors, and teaches a graduate level course on Piano Concertos from the Romantic era. He also serves as Director of the Annual Daniel Ericourt Artist Residency – three days of concerts, master classes and lectures. Previous artists have been José Feghali, Jon Nakamatsu, Jacques Deprés, and Pascal Rogé.

His students have collected numerous awards and distinctions, and are members of university faculties across the country. He has presented Master Classes throughout the United States, and in Canada and Europe.